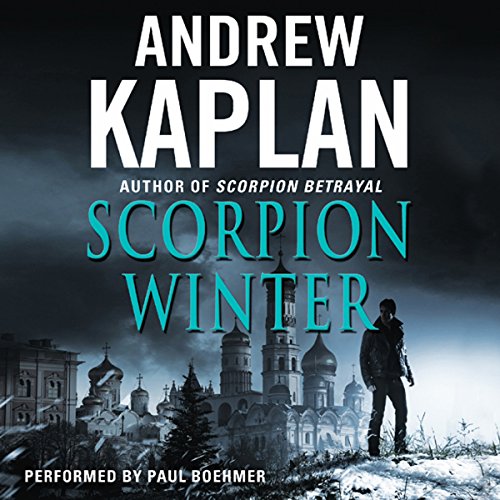 In the frozen wastes of Siberia, a silver artifact is stolen from a dead man . . . In the Middle East, the carefully planned strike on a terrorist leader goes disastrously wrong . . . Two seemingly unrelated incidents have placed the former CIA covert operative-turned-freelance spy, code-named Scorpion, in a desperate position: joining forces with a beautiful woman to prevent the assassination of a powerful Ukrainian politician.

But treachery breeds terror in the long shadow of a dangerous Russia, as Scorpion finds himself caught in a lethal trap sprung by an unknown enemy - perhaps someone on his own side of the game. And now time is ticking rapidly away with the whole world balancing on a knife's edge, just days from the opening salvos of a catastrophic war that could leave the earth itself in ruins.

excellent read and will probably read again . I won't review again ,because I don't need 20 words to say it was good or bad.