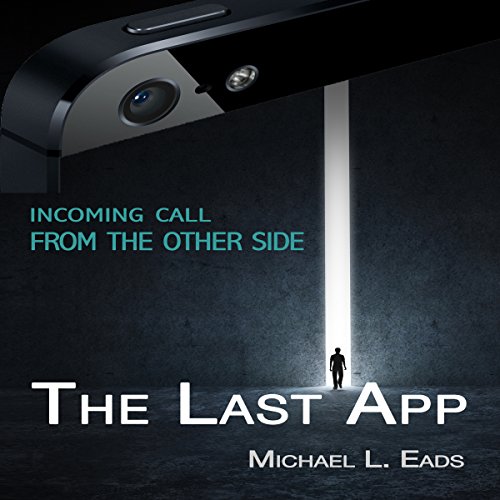 It was the spring of 2010. Steve Jobs had come to terms with his illness and fate. Instead of succumbing to it, he embraced it. He assembled the greatest scientific minds of our time into a group he affectionately called The Super Seven.

The task The Super Seven undertook was ambitious and ambiguous. Something attempted by many great men including Nikola Tesla, Thomas Edison, and even Harry Houdini but with little results.

After several months they finally created The Last App, which attempted to answer the questions that have haunted mankind since he wondered where his place was in the universe.

By fate or chance, the mysteries of human existence are bestowed on one peculiar man who reluctantly visits a remote warehouse in Palo Alto, California. There he discovers not only the fragile balance between life and death but also why mankind's unquenchable need to understand his origins sometimes leaves him with more questions than answers.

What listeners say about The Last App