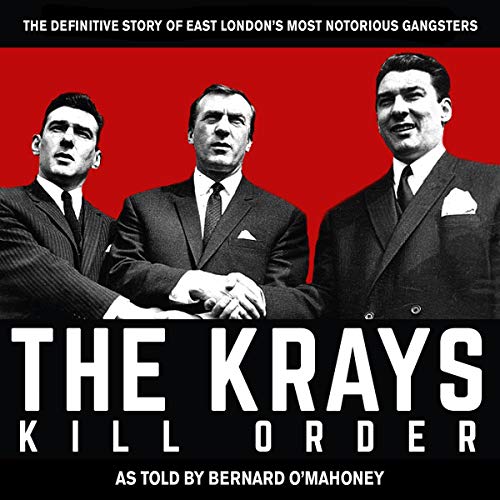 Ronnie and Reggie Kray remain two of the most infamous criminals in British history. Legends to many, their fame was built on a fearsome reputation and almost mythical celebrity-like status, but who were the real Kray twins?

Born and brought up in the East End of London, the Krays became involved in petty crime at an early age, and their dark and violent temperaments soon became apparent when Ron and Reg became embroiled in all aspects of crime including armed robbery, protection rackets and assault.

The public, however, saw them as charming nightclub owners. Their Robin Hood-like reputations were a stark contrast to their real lives. On the surface, they were mixing with celebrities and Lords, being photographed by David Bailey and enjoying the thrills of the swinging '60s, but behind closed doors they were leading sordid personal lives and orchestrating heinous crimes such as the ‘disappearance’ of Frank Mitchell and the brutal murders of Jack ‘The Hat’ McVitie and George Cornell.

Public opinion was split, but how were the twins viewed by their contemporaries? This is the inside story of the Krays, told by the people who stood by their side for all those years.

What listeners say about The Krays: Kill Order

This book is a collection of interviews with Kray associates I believe the way this book is formed it’s the audio soundtrack of a documentary unless you have prior knowledge of the crimes of the characters involved you would have no idea who are speaking at all as there is no hint of who these people are and what capacity they worked for them. For me I knew who was who because I’m familiar with the crimes and the people involved and had seen numerous documentaries so recognise the voices but if you had a passing interest in the krays you would not have a clue who was who… Interestingly towards the end of the book and the author gets a bit preachy about how we should view the krays and there crimes... they shouldn’t bebe revered they should be looked at as cold blooded killers, this for me seems Slightly ironic as he am self is making money off the backs of the criminals he says he is so despises