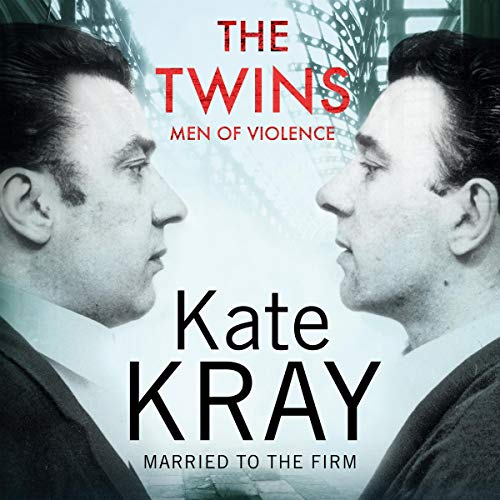 The Twins - Men of Violence

By: Kate Kray
Narrated by: Michelle Collins
Try for £0.00

Married to Ron before his death, and a regular correspondent with Reg, Kate Kray was granted unique access to the shadowy underworld they inhabited and was entrusted with some of the darkest secrets they possessed - secrets that could never be revealed until they were both dead.

Featuring exclusive letters and thoughts from the twins themselves as well as anecdotes and tributes from gangsters, actors and East End faces, Kate has produced the definitive view of the Krays.

Fifty years on from their incarceration, this thrilling and, at times, terrifying memoir remains a truly unique portrait of the real men behind the immortal image.

"If one woman understands tough guys, it's Kate Kray." (The Independent)

What listeners say about The Twins - Men of Violence

Didn't reveal anything at all, let alone anything new, just a few stories really about her visiting Ron in prison and having normal prison visit conversations. Ardent Kray fans might enjoy it but for the casual observer with a bit of decency and intelligence and who thinks they were just thugs you'll find it mundane.

Interesting account of the twins and a look inside the minds of some of their closest associates.

Couldn't wait for this to be finished.

A glorification of two psychotic gangster's. Take note that the only praises heaped upon them was done by other criminals.

Very much enjoyed your book. regarding the Kray twins became a fan. years back in the first movie came out being from the States you don't hear too much about British criminals No, I'm hooked to know if and looking forward to these next book. about to Richardson's