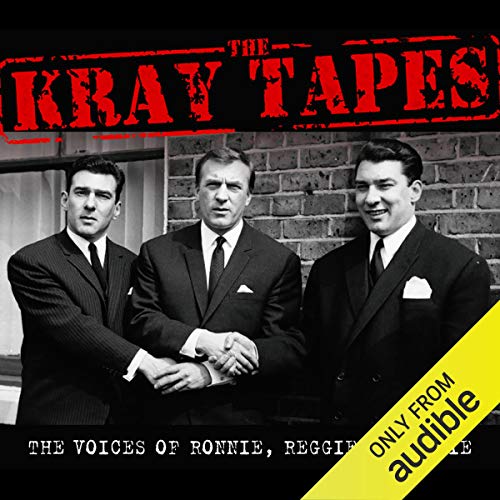 Few people in Britain have not heard of the Kray twins, the infamous East End gangsters who murdered in cold blood with barely a backward glance. And more than 30 books, hundreds of newspaper and magazine articles, a blockbuster movie, and the spectacular funerals that brought the East End to a standstill have ensured that the twins' fearsome reputation lives on. But what did Ronnie and Reggie sound like? Did their voices match the terrifying violence that made them part of criminal folklore?

One man who knows is writer Robin McGibbon. He collaborated with the twins' elder brother, Charlie, on his autobiography, Me and My Brothers, and was a trusted friend and confidant of Ronnie and Reggie for more than 10 years. McGibbon is the only journalist with all the Krays on tape - Reggie on the phone from prison, Ronnie in Broadmoor, and Charlie living his life for his book. Now you can hear all three brothers talking openly as the public have never heard them talk before.

What listeners say about The Kray Tapes

Enjoyable listen, nothing too heavy and no mind blowing new revelations but really interesting to hear Ronnie and Reggie's speaking and the authors narrative about the conversations is interesting too.

loved it, I thought I knew everything about the krays until I heard it from their own mouths