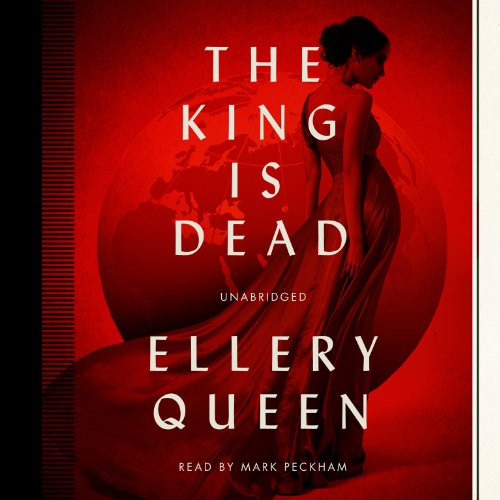 The King Is Dead

The King Is Dead

Armed men invade the Queen apartment, led by Abel Bendigo, brother of one of the world's most powerful men. King Bendigo of Bodigen Arms is an industrial monster whose tentacles embrace the planet. Someone is threatening to kill the King, and Ellery must take on the task of saving his hated life. Virtual prisoners, Ellery and his father are whisked away to an island "somewhere in the Atlantic." In a frightening atmosphere of industrial slavery and brute militarism, Ellery comes to grips with a baffling murderer who calmly announces the exact moment of the assassination. The trouble is, Ellery is with the confessed murderer at the time of the crime - so how could he have possibly done it?

Slow, boring and predictable. A lot of things in this story happen for no reason at all and the turning points of the "mystery" are underwhelming and presented in a clunky, repetitive manner. There is a lot of long, opinion-laden exposition that is very tedious to get through. The whole set-up is very cartoonish and when the eventual truth is revealed you can't help thinking that there had to have been about a million easier and more effective ways for the person in question to achieve the desired result, all of which would have rendered this entire book and the Queens involvement completely unnecessary. The end of the book actually proves this conclusively, just in case there was any doubt as to how unnecessary it all was.

I like old mystery stories and am generally willing to overlook outdated views, stereotypes, and storytelling modes, but the overall story itself has to compensate and feel worth the effort, and in this case it unfortunately just didn't. This would have made a great 30 minute old time radio drama, or even an hour long special, but 8 hrs and 43 minutes was at least 7 hours too long for me.

Wonder book. Exceptional story with a plot that will keep you hanging. I would definitely recommend it.

The premise is maddening. A man is told precisely when he will be killed. And he knows who is trying to kill him. So he's in a locked room, with only his wife, and the man who threatened him is two rooms away, with no loaded weapon, watched all the time. Yet, at the exact moment predicted, King Bendigo is shot. No gun is found in the room. I thought the solution was brilliant, and the characters kept me guessing the whole time. Loved the brief return to the world of Wrightsville, which I didn't expect. I much prefer Mark Peckham over other Ellery readers.

Story good. Narrator not so much

I struggled with the narrator but still enjoyed the story. This is the first time I knew who did it but I still was fooled on how it was done.