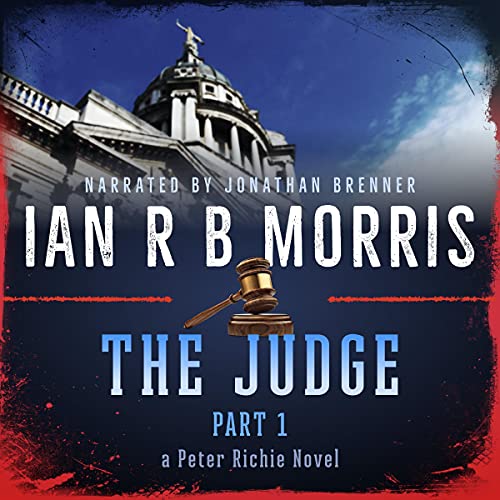 By: Ian R. B. Morris
Narrated by: Jonathan Brenner

Peter Ritchie is just an ordinary solicitor with an ordinary (if slightly shambolic) life, until the day his client, a male prostitute called Bobby Black, dies suddenly when a kinky trick goes wrong. Bobby has been brutally murdered, and someone had tried to cover it up. But who, and why?

Peter cannot rest until he knows the truth. And so begins a roller-coaster ride for him and his on-off girlfriend Naomi that will see him pitted against some powerful enemies, and everyone he ever knew or cared for is in mortal danger.

Set in 1990s London at the peak of Blair Brittania, Peter is forced to turn detective in order to find Bobby Black’s killer, and he has to break all the rules to do it. Forced to go on the run, a desperate Peter plays a terrifying game of cat and mouse to the bitter and surprising end.

What listeners say about The Judge: Part 1

This was very easy on the ear and the narrator had a very authentic way of reading this book. He built enough tension during the parts that needed it and his voice was quite a joy to listen to. . A great storyline too. I am looking forward to the audio of Part 2.