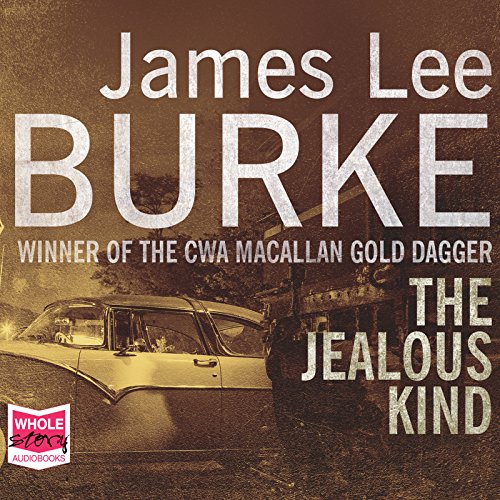 By: James Lee Burke
Narrated by: Will Patton

On its surface life in Houston is as you would expect: drive-in restaurants, souped-up cars, jukeboxes, teenagers discovering their sexuality. Against this backdrop Aaron Holland Broussard discovers the poignancy of first love and a world of violence he did not know existed. When Aaron spots the beautiful Valerie Epstein fighting with her boyfriend, he inadvertently challenges the power of the Mob. He also discovers he must find the courage his father had found as an American soldier in the Great War.

Praise for the author:
"One of the great American novelists - in any genre. In more than 30 novels over four decades, he has demonstrated repeatedly that he is a supreme storyteller and among the finest writers of contemporary prose" ( Daily Mail)
"A fantastic novelist...so far above the prevailing standards of crime fiction that it is pointless to make the comparisons." ( Daily Express)

Best book I have read this year.

The performance of this book makes it. I don't think I appreciated how a narrator could make a story come alive. I recommend this book to anyone who has been a teenager and got themselves into trouble that has gone too far.

A very interesting and compelling story, and as always beautifully written. Listening to Will Patton narrating James Lee Burke is like music to my ears.

Beautifully written, extending the themes of loss and redemption, of people existing with hope and despair that mark his detective novels but expanding and deepening them in the tale of one kid who thought he was doing one good deed and the world of hurt and unexpected consequences that follow. I will listen to anything Will Patton reads, he captures the cadence of Burke's writing almost like poetry.

I have been a huge fan of James Lee Burke ever since his magnificent breakthrough novel THE NEON RAIN. I love his elegiac writing that draws the reader vicariously into the sight, sounds, smells and lore of the swamps and the people of Louisiana and, more recently, Montana and Texas.
His characters are complex, frequently flawed and prone to instances of extreme violence -- as well as uncontained humanity and generosity of spirit (although not the bad guys, of course -- hopeless, damaged people without pity or morality who wield power and wealth as destructive weapons, and frequently come to a literally sticky end. )
This book , however brings very little new to the table. The characters are stereotyped JLB characters, but in a different setting and with different names. The plot is formulaic and a little disappointing.
Moe of Dave Robicheau, please!

Very atmospheric, set in the 50's. Like a prequel for a Dave Robichaux adventure. Recommended.

Such a gripping story from beginning to end, the multiple voices of the narrator turn the words into visual images. Loved it!!!