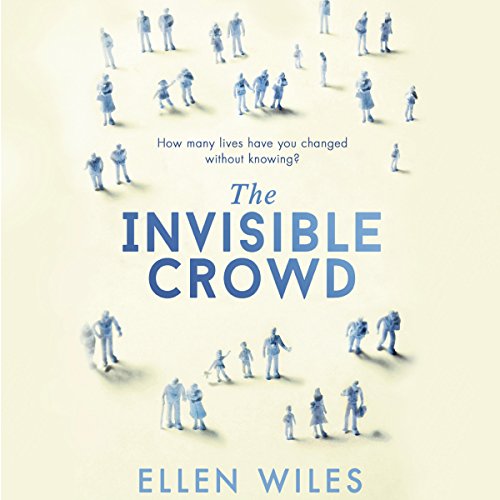 Fearless, uplifting and compelling, The Invisible Crowd is a powerful debut audiobook about loyalty, kindness - and the brief moments which define our lives.

In Asmara, Eritrea, Yonas Kelati is born into a world of turmoil. At the same time, on the same day, Jude Munroe takes her first breath in London, England.

Blacklisted in his war-ravaged country, Yonas has no option but to flee his home. After a terrible journey, he arrives on a bleak English coast.

By a twist of fate, Yonas' asylum case lands on Jude's desk. Opening the file, she finds a patchwork of witness statements from those who met Yonas along his journey: a lifetime the same length of hers, reduced to a few scraps of paper.

Soon Jude will stand up in court and tell Yonas' story. How she tells it will change his life forever.

What listeners say about The Invisible Crowd

A mediation on being human: love, loss, grief and greatest of all, hope...

Multi-voiced novel which guides the reader through an asylum-seeker’s journey - that is many people’s stories woven together- to create a criss-cross tableau of what it is to be lost and found, to despair, to learn and most of all to hope. Each chapter narrated by a character- some you live with and develop over many chapters, others you meet for a tantalisingly brief time as they cross the protagonist’s path and change it and are changed by him. Even the briefest of characters has a warmth of individuality and uniqueness that stops them being stereotypes and those characters who remain are richly and deeply imagined: full of contradictions and background stories. The book is generous and big-hearted-taking its readers with it- informative and witty- never superior. It’s a sustained emotional tour de force that challenges and moves the reader. An extra dimension is created in the audiobook by the extraordinary cast of voices with accents that never grate and a measured fluent pace. So realistic you feel you are in the coffee shop sharing each of their stories. It is almost a radio play in its interaction between characters. An inventive, daring, consummate novel that shares a real insight into human lives and your own heart.

This is a book I would have liked to read as assigned class reading.

Thank you for writing this story, Ellen Wiles. It is timely, informative and entertaining. A good read.

Excited to soon become a student of Ellen Wiles. This story brought both tears and laughter.

Different characters voices are effectively portrayed by different people which makes the story very real. Book deals with difficult subject of immigration without compromising reality but with sympathy and finds uplifting moments of humour.

A thought provoking and emotional listening experience. Enlightening and well written book with a few twists and turns along the way.