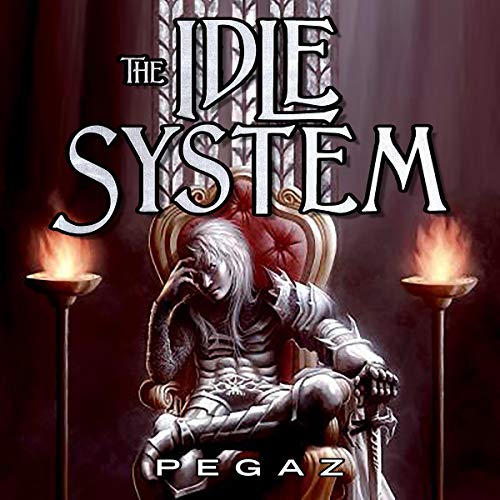 The Idle System: The Rogues

A man bows only to three people in his life: his mother, his father, and his master.

As the newest member of the Assassin's sect, John is tasked to go after a new target. Alas, as he is away, things will take a turn in his sect's grounds. A man with the power to control minds will whisper words of corruption into John's martial brothers and sisters.

His power will cause unrest and unbalance, driving the sect into a new direction. Now it is up to John to take care of it before the other sects in the universe realize the change and take the matter into their own hands. But...will it be that easy?

This second issue of The Idle System brings a continuation to John's LitPRG-inspired adventures. In this world of Xianxia and Fantasy, it will be time for him to face his biggest challenge: his own allies.

What listeners say about The Idle System: The Rogues

very bland first book was so and so this one was worse over powered here , everything is served on a silver plate.

It is fun from time to time to just a powerful MC. It can make the book fun and just enjoy the antics.

Those who like one punch man anime will like this book. The MC is not that over powered but still fun. This is one of those fun books you read when you are tired of ever battle being within an inch of the MCs life.

I do really enjoy this series

the time line is fast paced much like the previous book. But I liked this one even more than the first. something about a character with such a vague moral compass I enjoy, very anti-hero.

I Really enjoyed this book, and I can't wait for the next in the series.

I personally don't have a problem with OP characters, check The Blue Mage Raised By Dragons for a good one. What does slightly annoy me though is that fact that he's supposed to be over 30, and he still sounds light a nasally prepubescent kid.

Main character gets more awesome toys and starting to make connections with other characters.
The problem with this book is that you only see the mc character being powerful, The other characters that are supposed to be a lot stronger don’t show it in a cool way. They don’t have any flashy abilities or interesting personality quirks.
Still Just as enjoyable as the first one, looking forward to the next book.

mc has a lot of advantages. I like hearing how he uses them.


The MC is basically the only character that gets any attention and he is:

I was fine with the first book, it was okay, not wonderful but I was going along okay, The second book was fine until the last hour or so when the cliche's become too much to handle. The coincidences go beyond the absurd, and ultimately was too predictable and trite for me to hang with these any longer. I'll refund book 3, I would rather not know how this story ends, my advice to any authors who are writing books, don't set up two impossible characters to run into each other by coincidence, and somehow become sworn enemies/love interests, in a universe of trillions of people. It's absurd and insulting to the reader's intelligence.

The MC is still a sociopath that lacks empathy. It seems like the author tried to make it seem like he's empathizing but it all boils down to caring only about himself and what directly affects him. This still makes it hard to empathize with the MC.

Not a huge fan of the narration. The narrator seems like he's just trying to make it through the job most of the time. He still says no miscellaneous in a jarring way... "miss kill aneous".

Different But Good. Like a new version of LitRPG

these books aren't what I expected but they are still good. I enjoy the story and disagree about the MC being over powered. he only grows stronger at a faster rate then normal. he is risking hi chance of death fairly often but takes great risks and plans to achieve victory over enemies much more powerful, he simply outsmarts others, it's how he goes about these fights that make the story even more interesting. Haha I especially like how the Author talks to us at the end and justifying himself. To the Author, good job. how about you bust your butt, have many long sleepless nights and get the next book finished and on audible please. Maybe get a few books done. Even better maybe make the next book 30 or 40+ hours. I'm a fan and look forward to it. If you read this, I hope it motivates you but don't blame you if it's to much to ask for, just figured it's worth a try.