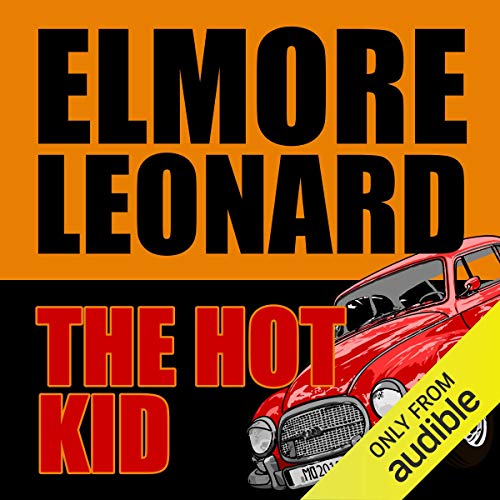 By: Elmore Leonard
Narrated by: Arliss Howard
Try for £0.00

Set in Oklahoma during the 1930s, The Hot Kid is a powerfully entertaining story and introduces Carl Webster, one of the coolest lawmen ever to draw on a fugitive felon. At 21, Carl Webster's on his way to becoming the most famous Deputy US Marshal in America. He has shot and killed notorious bank robber Emmet Long and is now tracking Jack Belmont, the no-good son of an oil millionaire with dreams of becoming Public Enemy Number One.

True Detective writer Tony Antonelli is following the story, and this one's big, full of beautiful women, Tommy guns and a former lawman who believes in vigilante justice.

The Hot Kid is an exhilarating story played out against the flapper period of gun molls and Prohibition.

What listeners say about The Hot Kid

The first rule of writing

Most Elmore Leonard fans are familiar with the most important of his 10 Rules For Writing: &quot;If it sounds like writing, I rewrite it.&quot; Listening to this story doesn't feel like listening to writing: it feels like listening to conversations between real and extraordinary people with real and extraordinary characters, experiences and viewpoints. You know how you can tell so much about someone from one simple fact or remark, such as whether they frequent health food shops or comment favourably on a member of the royal family? Leonard's dialogue is peppered with such remarks, so that you continually feel as though you are getting in on a secret joke with the author. So what's the plot of The Hot Kid? Honestly, I could tell you but it wouldn't matter. The characters in this book could be chatting in a queue at the supermarket and you would stop whatever you were doing and listen.

Where does The Hot Kid rank among all the audiobooks you’ve listened to so far?

It isn't in my top ten but it is very entertaining, well written and well read.

What does Arliss Howard bring to the story that you wouldn’t experience if you had only read the book?

Superb reading. He made me feel like I really knew those people.

The Hot Kid won't win any literary prizes but it is a thoroughly entertaining read with some superb shooting scenes, delightfully nasty gangsters and some of the sharpest "gun molls" I have encountered. It moves with a fantastic pace. There is some description but never a wasted word. Every short gritty sentence grabs you. By the end I felt as though I really knew what it felt like to be living in the world of bankrobbers in the twenties and early thirties.

Don't read it if you are remotely sensitive about woman being treated as objects. The crude way the characters, and the narrator for that matter, talk about their bodies, is shocking or funny depending on your point of view.