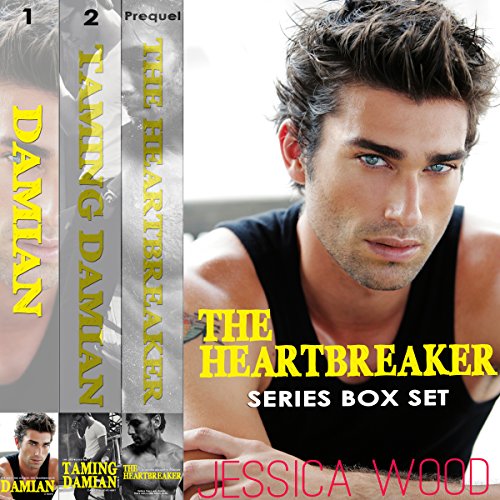 Meet Damian Castillo: the man, the legend, the heartbreaker. As a self-proclaimed man-whore, Damian doesn't believe in love or commitment. In fact, he can't remember the last time he's had feelings for a woman that went beyond hot, no-strings-attached sex. The only things he cares about are his bar, his appearance, and his needs.

Damian Castillo is the man, the legend, the heartbreaker - the self-proclaimed man-whore that doesn't believe in love or commitment. Then he meets Alexis Blythe, the innocent, strong-willed small-town girl who didn't immediately give into Damian's charm. With Alexis, Damian sees something more than just hot, no-strings-attached sex. And against his inner resistance, he gives into his feelings for her.

Meet Damian Castillo: the man, the legend, the heartbreaker. The only thing that matters in his world is his "little black book": his large black shoebox filled with hundreds of phone numbers from the nameless women in his life. He knows what he wants: mind-blowing, no-strings-attached sex. And as the hottest bartender in San Francisco, he never has a problem getting exactly what he wants when he wants it.

omg Jessica. i loved it. i can not wait for your next set of books.

This story will make you smile and make you cry. It's a must read. Buy it today you will be glad you did.

What would have made The Heartbreaker Series: Complete Box Set better?

I can't decide. Perhaps its the fact that this is 90% from a male's POV and the narrator is female. I couldn't get through it.

What could Jessica Wood have done to make this a more enjoyable book for you?

The writing isn't TOO bad, but i found myself cringing at the narrator's voice and I couldn't concentrate on the words.

I didn't like that she was the narrator for a male's POV. it just doesn't make sense. She's tolerable as the leading girl.

What character would you cut from The Heartbreaker Series: Complete Box Set?

PlayBoy Damian can get the ladies. He's always upfront that he isn't into relationships because of his past. When he meets Alexis the day she is moving in to his apartment building something inside him changes. Can he set his playboyish ways aside and commit? Great story

A Twist To A Romance

I love that this wasn't the ordinary romance set. between an unexpected pregnancy and cancer...it added an interesting spin to the norm...