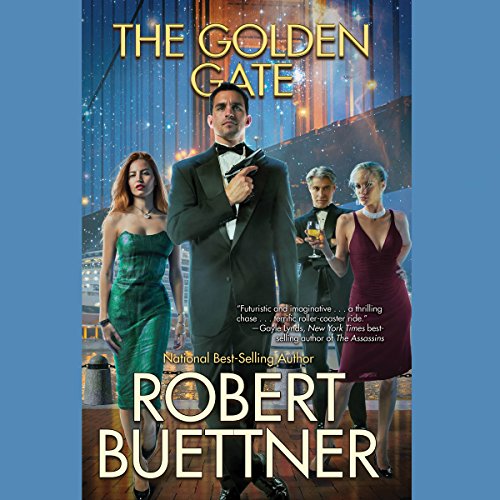 When the world's richest man is the victim of a car bomb and literally blown off the Golden Gate Bridge the attack is attributed to terrorists and the world moves on. But some still wonder. Was Manuel Colibri targeted because, as Silicon Valley rumor has it, he was about to make the dream that people alive today can live to be 1,000 come true?

Two people are pursuing the truth. Tech journalist Kate Boyle and recovering Iraq war veteran Ben Shepard race through the Bay Area chasing the only clues the reclusive Colibri left behind. They discover not only each other but a cosmic secret that can change human history - and may cost them their lives.

What listeners say about The Golden Gate

uninteresting generic characters. The author has a habit of writing weak male characters which have an inferiority complex towards higher status women.