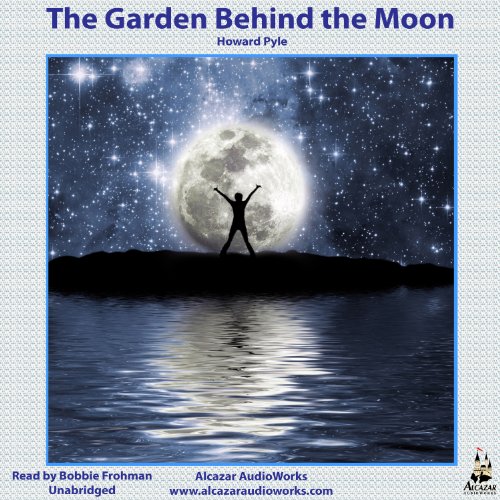 The Garden Behind the Moon

The Garden Behind the Moon

David, a lonely young boy, learns the secret of walking over the glimmering sea path to the happy garden behind the moon. As David grows to manhood, he follows the Moon Angel's urging and starts on a hero's journey to bring lost treasure home to earth. And, therein lies a tale. But David has learned, while away behind the moon, how to love and be loved and how to be of service to those he comes into contact with and is very anxious to live out what he learned.

Chapter 03 - The Man Who Knew Less Than Nothing

Chapter 04 - David in the Water

Chapter 11 - The Land of Nowhere

Chapter 16 - Back to the Moon-House

Howard Pyle was born on March 5, 1853 in Wilmington, Delaware. From the time he was a very small boy he loved pictures, especially the pictures in storybooks. Among his favorites were Grimm’s German Fairy Tales and Arabian Nights. At the age of twenty-one, Pyle began to contribute illustrations and fables to St. Nicholas magazine and later went on to write and illustrate books for children. His first was The Merry Adventures of Robin Hood in 1883. Many more books followed, including Pepper and Salt; or, Seasoning for Young Folk, Otto of the Silver Hand, Howard Pyle’s Book of Pirates, and The Story of King Arthur and His Knights. He also taught illustration at the Drexel Institute in Philadelphia and later set up his own art school in Wilmington. He died on November 9, 1911, in Florence, Italy.-Amazon.com

What listeners say about The Garden Behind the Moon