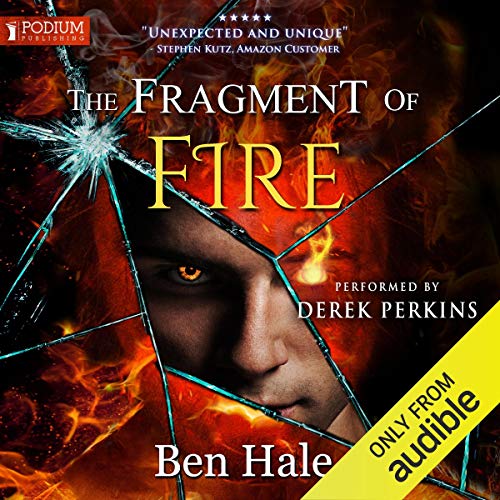 The Fragment of Fire

The fragments of Draeken battle foes on two fronts. Wylyn, head of a powerful krey house, seeks the fabled Shard of Midnight, a massive tower rumored to have fallen during the Dawn of Magic. If it rises, she will bring her vast army to the shores of Lumineia. Her plan depends on Tardoq, her sworn protector, and the one with betrayal in his heart.

And Serak, head of the Order of Ancients, who seeks Draeken’s allegiance for a mysterious plan. Cunning and patient, Serak has gathered soldiers for an enemy yet to appear, trapped a mythical beast to power a forgotten mine, and kidnapped the monarchs from every kingdom. One of those taken is Rynda, queen of the rock trolls, a dangerous enemy to be caged.

The fragment of Fire hunts them both, and relishes every fight. His journey will take him to forgotten ruins, gilded halls, and fabled towers, but the greatest threat comes from within, for inside the fragments of Draeken a malevolent force begins to stir. It has heard Serak’s invitation, and desires the power being offered.

What listeners say about The Fragment of Fire

Another piece of Dracon!

Ben Hale is a great writer. He gives independence to each of the fragments of Dracon. None of the brothers are alike, but when united into Dracon. Fragment of Fire is a pleasure to listen to while driving. Great narrator and enjoyable story.

Ben Hale does it again!

The only thing that would be better than this installment would be to have all of the Shadow series played back to back! I Love Everything Ben Hale has to offer!