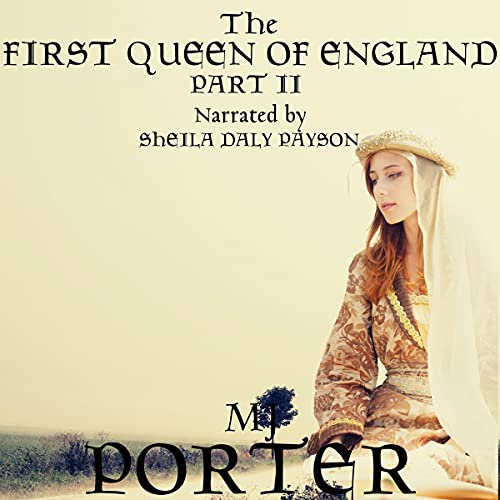 The First Queen of England, Part 2

Lady Elfrida is queen of England, her husband enamored of her, and her supporters many and varied. But the queen finds herself caught up in terse political intrigues, as England is threatened both from external Viking attack and internally from restless factionalism at Court, aggravated by questions about who will rule after the king.

Even when she has accomplished all she can for the king, a tragedy robs her of her joy and influence, and once more, she must toil to retain her position as the first queen of England and mother to the king’s heir.

This is the second part in the continuing story of Lady Elfrida, the first crowned queen of England.

The First Queen of England, Part 3 is now available.

What listeners say about The First Queen of England, Part 2

can't wait until the next in the series is available. M J Porter has many other historical fiction novels hope they are soon available on Audible