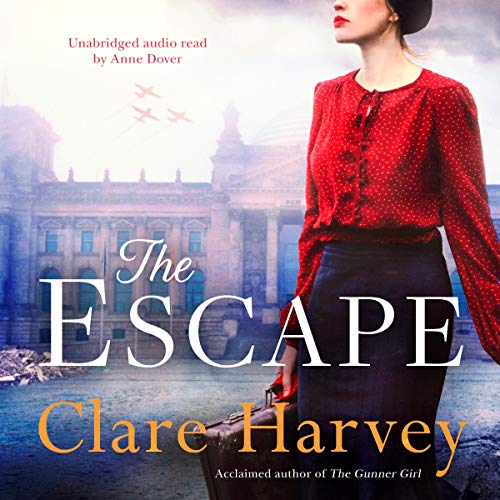 By: Clare Harvey
Narrated by: Anne Dover
Try for £0.00

Detta works as a translator for a Nazi-run labour camp for French workers. One winter morning in early 1945, Detta passes a group of exhausted British prisoners of war who are being force-marched westwards. The following day she receives an urgent message to contact the local priest. He is harbouring a group of escaped British prisoners of war in the manse: can she help?

London, 1989. Miranda is a 19-year-old photography student in London, in thrall to her older boyfriend, a journalist called Quill. In November the fall of the Berlin Wall is all over the news. Quill asks Miranda to come with him to Germany: before they leave, Miranda's grandmother gives her an old postcard of the village she was born in. Miranda hopes that working together in Berlin will help cement the cracks in her relationship with Quill, but one night his behaviour spills over into violence, and Miranda ends up fleeing through the rubble of the Berlin wall and into the East. As she travels further, she begins to suspect she’s being followed by the Stasi. If she goes on, she worries that she’ll be taken into custody and be accused of spying; if she turns back, it means returning to Quill.

At last her grandmother’s photograph offers the solution. She tells people that she is going to find her family in the East. The Catholic church, and the manse, opposite where her grandmother once lived, are still standing. And the secrets of the past begin to be revealed.

What listeners say about The Escape

Well I just couldn’t stop listening to this book... I’ve now listened to all four of Clare’s books this year....and I’ve not read a book other than for work in over eight years!! Clare is an amazing author who clearly thoroughly researches the era and really takes you back to that time...I can’t wait for the next one to be written now!!

I thoroughly enjoyed this book. I was sorry when it ended. I hope she has written more books.

A good book, nice easy listening and very well narrated. The story got a bit "mushy" for me in places, The "so much in love " plot when they only met 3 days early was a bit forced. Nonetheless, an enjoyable listen. The time line jumps between 1945 and 1989 on a regular basis throughout the book. It works well and keeps you interested in all the characters. Certainly worth downloading.