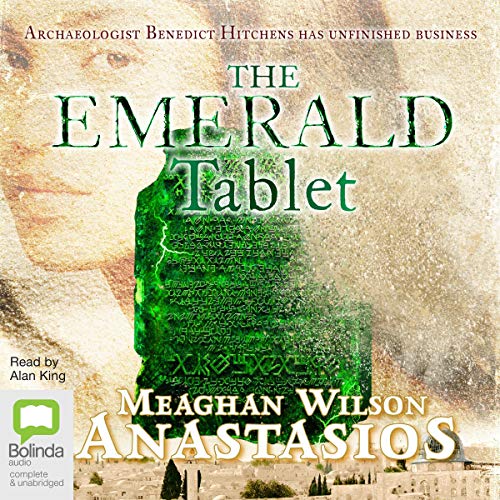 Dan Brown meets Indiana Jones in the much-anticipated and thrilling follow-up to The Honourable Thief.

The Suez Canal, 1956. The world teeters on the brink of nuclear war and the Middle East is a tinderbox.

Conversely, redeemed archaeologist Benedict Hitchens is enjoying a peaceful existence after years in the professional and personal wilderness. His recent discoveries in western Turkey secured him a place in history, and the smart thing to do would be to ignore his growing fear that Britain, France and Israel's imminent invasion of Egypt to liberate the Suez Canal is only a diversion. Ben suspects the truth is that malevolent forces are in search of an ancient treasure hidden deep in the Sinai Desert.

Ben's natural inclination towards self-sabotage is never far below the surface. When a ghost from his past reappears, he puts everything on the line to find answers from the woman who betrayed him and have revenge on the man who tried to destroy him.

Forced to face his personal demons, Ben enters the race to unearth a secret that will, in the wrong hands, mean the annihilation of humankind.

What listeners say about The Emerald Tablet