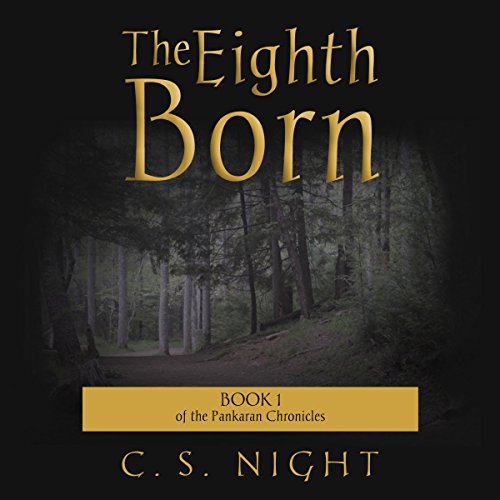 The gods created the elves, dwarves, gnomes, and humanity - granting all but humans an inherent magic power. But with the encouragement of the goddess Persuasion, the magical races soon turned on the humans, pushing the magic-less race to the brink of destruction.

In response, the gods chose to abandon the mortal world for Heaven. Before leaving, however, they gave mankind a gift to restore balance - a few select individuals with the power to actively wield magic. Persuasion, for her crimes, was banished to Limbo.

Since then, the exiled goddess has made only one attempt to free herself, enthralling the human sorcerer Taida in a scheme that destroyed both a kingdom and the powerful Pankara Stone that the goddess required for escape.

The young magic-wielder known as Rhyen Hyldhem, newly graduated from the great Academy in Ikha, knows of the story of Taida - but such events occurred millennia ago.

As war brews, however, Rhyen will learn more about his powers and the identity of the fearsome Dark Rider who has stalked him since childhood. Rhyen is about to discover the past isn't dead - and that his destiny is intricately tied to Taida's betrayal of humanity.

What listeners say about The Eighth Born

The story - slow in picking up momentum.......The book should be heard at 1.15 normal speed
Really enjoyed the magic system.

The story wasn't horrible though it could have been much better. The author seemed to have found a few things inspirational in other stories based on how often dialogue and plot formulae sidled up rather close to a few other books I've read. The biggest problem was the narrator who seemed more like a bored news anchor from the 80s rather than a story teller. From nearly the beggining it was like watching someone spin a weighted wheel he would start lines slow and in a normal voice and then by the end it would speed up and end on higher notes. I would like to see where the story leads as, although it follows other examples with the plot, the formula isn't a bad one. I'm just not sure I can listen to the narrator through more than one of what will be a several book series.

Good story but needs another narrator

I wouldn't recommend this book mainly because the narrator was horrible. the story line is good, but the narration ruins it completely. sounded like a children's book when it came from his voice.

The concept was a good one, but narrator was bad

I stuck with it because I can't quit a story until I know how it ends. This could have been a great book because the concept was a good one. But the writing was very juvenile and could be read by tweens. Teenagers would also find the writing tonyoung, I am afraid. As for the narrator, I hate to be negative about someone's hard work, but this narrator was darn near close to intolerable! Every sentence that did not have dialog was said with the same dull cadence, whether the moment called for emotion or not. I don't understand how the director didn't correct this after listening to him for 5 min, let alone the whole book.

The story while not bad felt alittle flat. The worst thing though wad small grammar or bad choice of words that broke the immersion about every 30 minutes. That may have been the book or narrator but I can't tell

love the story. listened to it a couple times now. WHERE IS BOOK 2!??? I can't wait.

Annoying narrator. The story could be interesting but hard to listen to when the narrator's voice becomes annoying

Wish I could have like this book more but I struggled to finish it. This was primarily due to the narration. It seemed so monotonous and lack lustered. Don't think ill be listening to book 2.