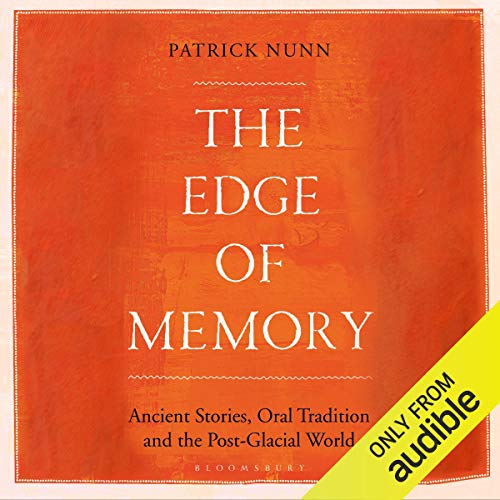 The Edge of Memory

By: Patrick Nunn
Narrated by: Peter Silverleaf
Try for £0.00

We all know those stories that have been told in our families for generations. The ones that start ‘Have I ever told you about your great-great-uncle...?’

In some cultures these stories have been passed down for thousands of years and often reveal significant information about how the surrounding environment has changed and the effect it has had on societies - from stories referring to coastal drowning to the devastation caused by meteorite falls. Among the most extensive and best analysed of these stories are from native Australian cultures.

People arrived in Australia more than 60,000 years ago, and the need to survive led to the development of knowledge that was captured orally in stories passed down through the generations. These stories conveyed both practical information and recorded history, and they frequently made reference to a coastline that was very different to the one we recognise today. In at least 21 different communities along the fringe of Australia, flood stories were recorded by European anthropologists, missionaries and others.

It’s only relatively recently that these stories have been recognised as more or less the same. They described a lost landscape that is now under as much as 100 feet of ocean. And these folk traditions are backed up by hard science. Geologists are now starting to corroborate the tales through study of climatic data, sediments and land forms; the evidence was there in the stories, but until recently, nobody was listening.

Using Australia as a springboard, this book explores the science in folk history. It looks at other ancient tales and traditions that may in all probability be rooted in scientifically verifiable fact and can be explored via geological evidence, such as the biblical flood. Nowadays the majority of our historical knowledge comes from the written word, but in The Edge of Memory, Patrick Nunn explores the largely untapped resource of the collective human memory that is held in stories. This important book explores the wider implications for our knowledge of how human society has developed through the millennia.

What listeners say about The Edge of Memory

amazing research for any interested in the oral preservation of folk memories, focusing on the aboriginal recollections.

The initial premise is interesting but beyond that gets very repetitive. The narration constantly giving sea depths in meters and feet is also annoying and hard to follow.

Beautifully written and researched. The sort of book that leaves you with a changed perspective. Highly recommended.

This book is very enlightening and contains a lot more scientific context than I anticipated. The narration is clear and consistent, but the attempt to animate the text through inflection have actually made it more difficult to understand as it seems inauthentic.

We should listen to the ancient tales for not so hidden truths regarding geology, mega fauna extinctions and astronomical events.