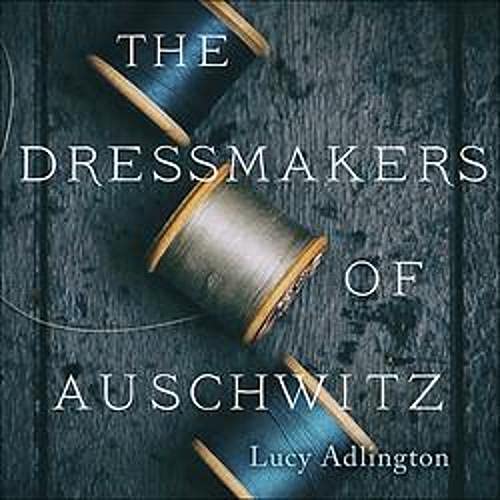 The Dressmakers of Auschwitz

The powerful chronicle of the women who used their sewing skills to survive the Holocaust, stitching beautiful clothes at an extraordinary fashion workshop created within one of the most notorious WWII death camps.

At the height of the Holocaust, 25 young inmates of the infamous Auschwitz-Birkenau concentration camp - mainly Jewish women and girls - were selected to design, cut and sew beautiful fashions for elite Nazi women in a dedicated salon. It was work that they hoped would spare them from the gas chambers.

This fashion workshop - called the Upper Tailoring Studio - was established by Hedwig Höss, the camp commandant's wife, and patronised by the wives of SS guards and officers. Here, the dressmakers produced high-quality garments for SS social functions in Auschwitz, and for ladies from Nazi Berlin's upper crust.

Drawing on diverse sources - including interviews with the last surviving seamstress - The Dressmakers of Auschwitz follows the fates of these brave women. Their bonds of family and friendship not only helped them endure persecution but also to play their part in camp resistance. Weaving the dressmakers' remarkable experiences within the context of Nazi policies for plunder and exploitation, historian Lucy Adlington exposes the greed, cruelty and hypocrisy of the Third Reich and offers a fresh look at a little-known chapter of World War II and the Holocaust.

What listeners say about The Dressmakers of Auschwitz

Enlightening what else can I say

I thoroughly enjoyed this book. The journey has been well a written and crafted journey of these women, their lives and struggles. Thank you

The only thing that put me off this story was the audible recording.
There were obvious errors - duplication of sentences (obviously a production issue).
The other error was the mispronunciation of some words which possibly wouldn't have happened if the author had not been reading her own book, and they had used a professional artist.
However, those errors did not distract from the story too much - just irritations really.

Shocking and inspiring : a triumph of many years of research

After having read The Red Ribbon, Lucy Adlington’s fictional version of the upper tailoring workshop I was now doubly moved to read the true account of women enslaved into dressmaking at Auschwitz. What an inspiring tale of life in the face of the ultimate in adversity, of finding meaning and reason to live in loyal bonds of friendship. I thought I knew most of the horrors of Nazi concentration camps but this book brings a whole new clothes-based, and most importantly, predominantly female perspective to the greatest horror of the twentieth century.

A terrible part of history told in an Interesting way through fabric fashion and the strength of people to survive the war.

I have read many stories of Auschwitz and the horror and suffering of so many people. For some reason this story touched me more deeply than most.