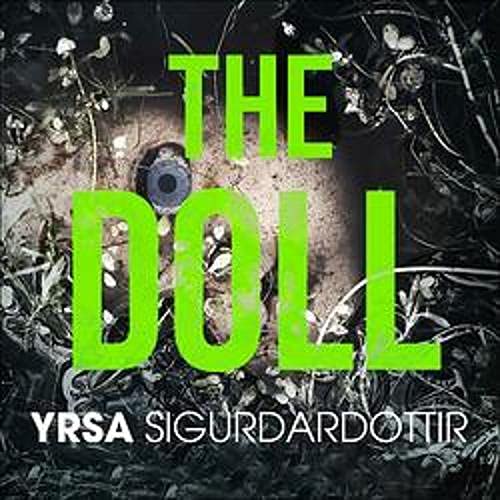 By: Yrsa Sigurdardottir
Narrated by: Lucy Paterson
Try for £0.00

Detective Huldar and psychologist Freyja are once again on the trail of a serial killer in this brilliant new novel from the internationally acclaimed author of Gallows Rock and The Silence of the Sea.

It was meant to be a quiet family fishing trip, a chance for mother and daughter to talk. But it changes the course of their lives forever.

They catch nothing except a broken doll that gets tangled in the net. After years in the ocean, the doll a terrifying sight and the mother's first instinct is to throw it back, but she relents when her daughter pleads to keep it. This simple act of kindness proves fatal. That evening, the mother posts a picture of the doll on social media. By the morning, she is dead and the doll has disappeared.

Several years later and Detective Huldar is in his least favourite place - on a boat in rough waters, searching for possible human remains. However, identifying the skeleton they find on the seabed proves harder than initially thought, and Huldar must draw on psychologist Freyja's experience to help him. As the mystery of the unidentified body deepens, Huldar is also drawn into an investigation of a homeless drug addict's murder, and Freyja investigates a suspected case of child abuse at a foster care home.

What swiftly becomes clear is that the cases are linked through a single, missing, vulnerable witness: the young girl who wanted the doll all those years ago.

Taut, terrifying and impossible to pause, The Doll cements Yrsa Sigurdardottir's reputation as a master of storytelling tension and surprise.

What listeners say about The Doll