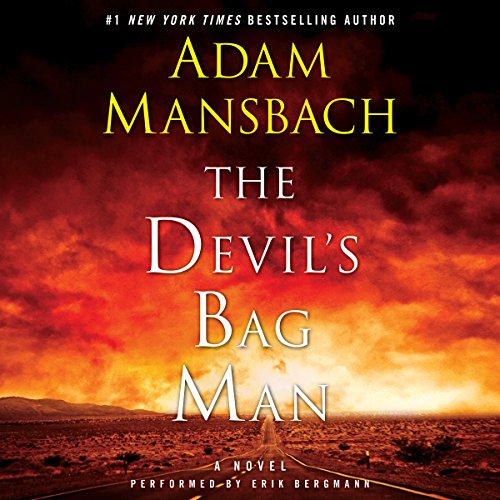 In this chilling sequel to The Dead Run, New York Times best-selling author Adam Mansbach mixes horror, the supernatural and gritty suspense to deliver a high-octane, high-concept adventure filled with nasty bad guys, fearsome magic, and an unlikely hero caught in the dangerous terrain of the Tex-Mex borderland.

Locked in a Mexican jail for a crime he didn't commit, Jess Galvan made a devil's bargain to escape and make it back home. Now, he's trapped in his own personal hell, his mind and body inhabited by the soul of Cucuy, a fearsome, 500-year-old Aztec priest and major crime kingpin determined to bring about hell on earth. Estranged from his daughter, Sherry, and now his own body, Galvan's every moment is a battle to keep the evil priest at bay. But there is a silver lining - his presence has endowed Galvan with superhuman strength and endurance.

Meanwhile, in the bowels of Ojos Negros prison, Cucuy's second-in-command, Domingo Valentine, is trying to run the empire Cucuy left behind when he vanished, but the drug cartels they once controlled are at war with one another. Desperate for answers, Valentine springs the imprisoned leader of a deadly biker gang and now they're on the hunt for Galvan - who must find a way to exorcise his inner demon and save the world from annihilation.

I loved first book and this one did not disappoint. It seems it was left open for a third. I hope so.

Great concept, poorly executed. Full of clichés. I struggled to finish it. Stick with King.