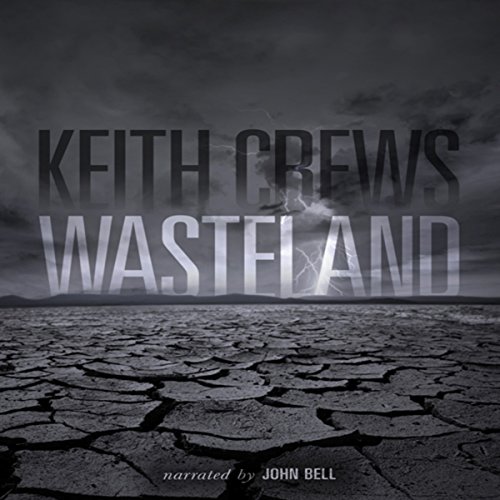 Angelo Marchetti is dead. However, death is not the end for the mafia hitman, but rather a doorway into a harsh frontier otherwise known as the Wasteland. Armed with just his Elitario training and signature tools of the killing trade known as Thunder and Lightning, he must confront the forces of darkness in order to survive.Lost upon the flat tundra of a frozen wilderness, he traverses the barren plateau until he finds a small ghost-like-town named “Boondocks.” There, the Hitman avails a saloon for shelter and seeks out the barkeep so that he might come to learn how to get back to the living-world. However, the price of earning that knowledge along with its salvation might just condemn his soul for all eternity in the process.Three enchanted drinks will come to find the Hitman’s lips in exchange for three answers to three of his questions. The ancient ritual offers a reward to the bearer of the dark nectars: safe passage beyond the frozen pass. And so the Hitman undertakes the drinking ceremony with a degree of trepidation, but nonetheless with an understanding that the prize is well worth the fare.Fall back through the years as each mystical spell is consumed and discover how an innocent boy matures into a cold blooded killer for the mob. The journey through time is replete with peril and an ever growing awareness that this Death Merchant is different than all those who have come before him, and perhaps is special in a way that has yet to be truly realized.

What listeners say about Wasteland

I can't believe not many readers have had at this novel, it's a delicious cross between 'The Godfather', 'Sandman Slim' and 'The Devil went down to Georgia'.

Loved the mix of paranormal, Mafia and cold blooded stone cold killer ethics, the characters are unapologetic and multifaceted, absolutely loved 'Uncle Vincent' and it's great to be carried off elsewhere, bravo, I want more...

Would you listen to Wasteland again? Why?

A mix between a mafiastory a la Goodfather mixed with fantasy a la Kings Dark Tower. The most relevant book to compare to is Stephen Kings Rose Madder. The story jumps between real world events from Angelo's past and a paranormal present. It is a great story but it seems that the author either ran out of time or pages, because the end is quite abrupt. This book is the first in a series but the sequel "Last train to Diavolo" has not yet been released and has been under review since 2012 without a release date.

Afterlife, Mafia & a drinking game with the devil

Would you consider the audio edition of Wasteland to be better than the print version?

Don't have the print version to compare, but Wasteland is unabridged so can see no reason why it would be better in print. In audio, character portrayl almost creates an artists impression, and the narrator unfolds the story well, keeping interest up right to the end.

What was one of the most memorable moments of Wasteland?

The anticipation and suspense of the questions in the drinking game. Will Angelo fathom out which questions will discover the way back to the living world. What will be the barkeep's answers.

Which character – as performed by John Bell – was your favourite?

Angelo is the dominant character throughout. However, intrigued by Two-tone Marty's role.

Final mission of a hitman. His own resurrection!

Really enjoyable listen, moving in and out of the enchanted mirror.

An unusual story. I was expecting more of a supernatural element, but I was nonetheless taken with the story. The writing style was creative and I enjoyed the way the author played with words. It will be interesting to see how the second book will be tied into this one. I'm hoping it will have more of a dark fantasy type of atmosphere. Over all I was thorougly entertained. Well done :)

I enjoyed this story, even though it wasn't what I expected. I thought it would be more 'supernatural', but the author hooked me anyway. There is a bit of the supernatural in it--after all it starts with the main caracter dead and in a mysterious halfway bar.

I probably would have gone more horror/supernatual with the story. Also, the author should have done a bit of research and not named handguns 'howitzers' (lol).

What does John Bell bring to the story that you wouldn’t experience if you just read the book?

The story ends with a great set up for a second book in the series. I'll probably get it if it comes out.

A loved how the guns we're explained in the story. At first, I didn't see the relevance of Thunder and Lightning, but in the end, it all came together :)

This is part one of a supposed 3 part trilogy - part 2 was available for a very short time and there has never been a part 3 to the best of my knowledge.

For that reason I cannot recommend it.

the 3rd part of this if it ever appears!

Was Wasteland worth the listening time?

not bad, not remarkable

One thing that struck me right away was that Crews left no adjective or cliche unused in this book! I almost turned it off in the first hour as every line sounds so verbose. The story did hook me a little and then I got into it. I can't say that I enjoyed it as much as I just followed it. Sure seems that Crews is highly influenced by Stephen Kings Gunslinger in where this story is going, certainly not saying it is anywhere in the ballpark with the Dark Tower series.

Really good books I will listen to twice, I certainly won't do that here.

Crews spins a Mafia-yarn with very little in the way of the supernatural category it's listed in. I was almost done with it when the author made a crucial, amateurish mistake: he made the protagonist unredeemable. Sure, we knew he was a hit-man, but his actions spoke louder than the "love" that supposedly drove him. I have to at least have some connection with a protagonist, even if he's a bad guy. Take "Sandman Slim," for example. He's been to hell itself, enjoys violence quite a bit. But ultimately, he's still half-angel, making him do what he does for good. Even the serial-killing Dexter works for the side of justice. Crews' characters are stereotypes, not worth your time.