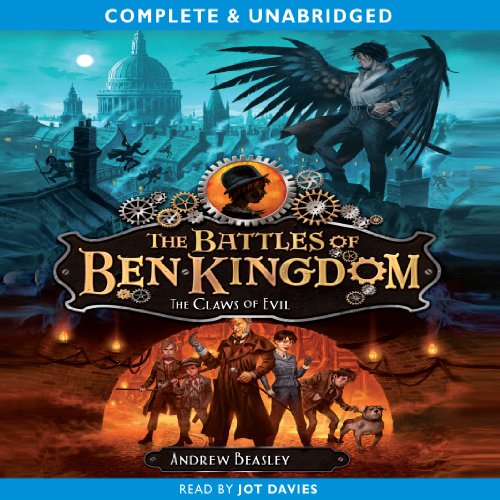 The Battles of Ben Kingdom: The Claws of Evil

The Battles of Ben Kingdom: The Claws of Evil

Welcome to Victorian London; the home of the Artful Dodger, Sherlock Holmes... and Ben Kingdom, cocky street urchin - and the saviour of mankind.

Unknown to mere mortals, an ancient battle is being waged across the city. Below the streets lurk the Legion, an evil gang of miscreants and criminals in league with the monstrous Feathered Men - determined to unleash Hell on the streets of London.

Above the city's rooftops soar the Watchers, a ragtag band of orphans, mystics and spies, dedicated to protecting the vulnerable and guarding London against evil. Only Ben can put an end to this war - the problem is, he doesn't know which side to choose.