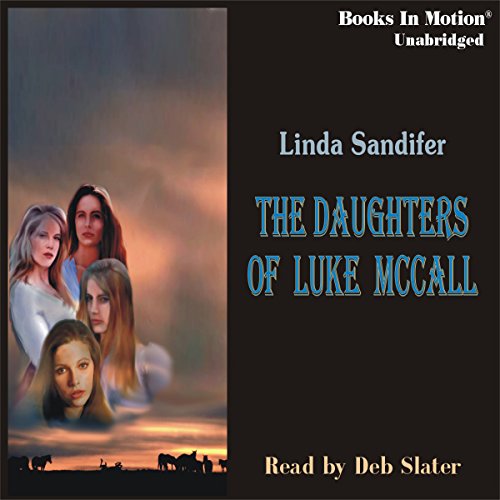 The Daughters of Luke McCall

In 1863 California, a corrupt lawman reneges on a deal for Luke McCall's mustang herd when 19-year-old Delaney refuses to marry him as part of the purchase. He frames the McCalls as horse thieves for taking the herd back in lieu of payment. They are soon forced to abandon their ranch and flee to Monterey, seeking protection through their friend the sheriff, who tries to prove their innocence.

When he is murdered, Luke and his daughters cross Donner Pass to Virginia City, pursued by a posse and a bounty hunter bent on hanging them all for the reward money. The corrupt lawman and his minions do not count on the daughters' resilience and resourcefulness, and the bounty hunter isn't prepared for Delaney's charms. When the final chips are down and the last card is played, the daughters of Luke McCall will either win it all, or lose everything.

What listeners say about The Daughters of Luke McCall