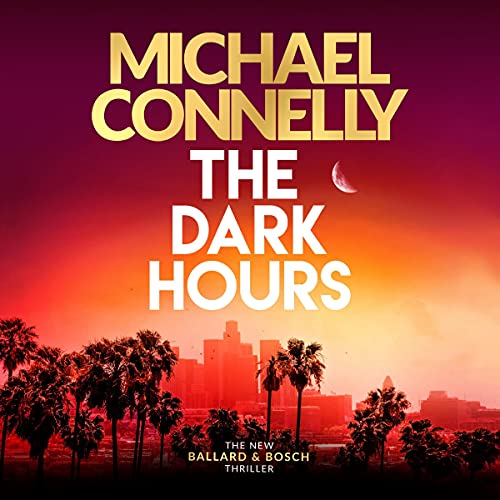 A brazen and methodical killer strikes on New Year's Eve and LAPD Detective Renée Ballard and Harry Bosch must join forces to find justice for the victim in a city scarred by fear and social unrest, in the new thriller from the number one Sunday Times best seller Michael Connelly.

There's chaos in Hollywood at the end of the New Year's Eve countdown. Working her graveyard shift, LAPD Detective Renée Ballard waits out the traditional rain of lead as hundreds of revellers shoot their guns into the air. Only minutes after midnight, Ballard is called to a scene where a hardworking auto shop owner has been fatally hit by a bullet in the middle of a crowded street party.

Ballard quickly concludes that the deadly bullet could not have fallen from the sky and that it is linked to another unsolved murder - a case at one time worked by Detective Harry Bosch. At the same time, Ballard hunts a fiendish pair of serial rapists, the Midnight Men, who have been terrorizing women and leaving no trace.

Determined to solve both cases, Ballard feels like she is constantly running uphill in a police department indelibly changed by the pandemic and recent social unrest. It is a department so hampered by inertia and low morale that Ballard must go outside to the one detective she can count on: Harry Bosch. But as the two inexorable detectives work together to find out where old and new cases intersect, they must constantly look over their shoulders. The brutal predators they are tracking are ready to kill to keep their secrets hidden.

What listeners say about The Dark Hours