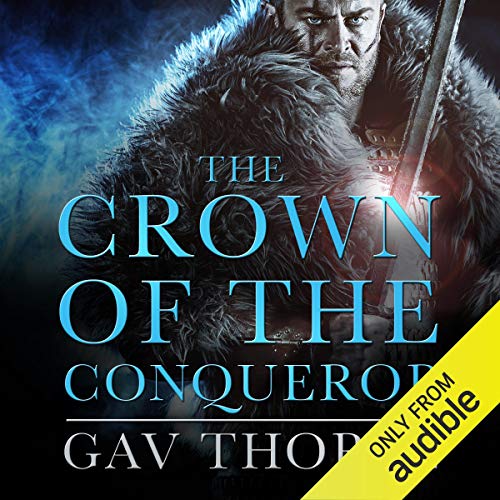 The Crown of the Conqueror

Ullsaard has won the crown. But when he is confronted with a truth too shocking to contemplate, he has to make the impossible choice between power and honour. And now the real battle has begun, in this stunning sequel to The Crown of the Blood, packed with gargantuan battles, demonic magic, and treacherous politics.

Gav Thorpe works from Nottingham, England, and has written more than a dozen novels and even more short stories. Growing up in a tedious town just north of London, he originally intended to be an illustrator but after acknowledging an inability to draw or paint he turned his hand to writing.

What listeners say about The Crown of the Conqueror

Good book and story line. Narrator could have been better, voice, dialekt and try of impersonate several different characters fails to impress.