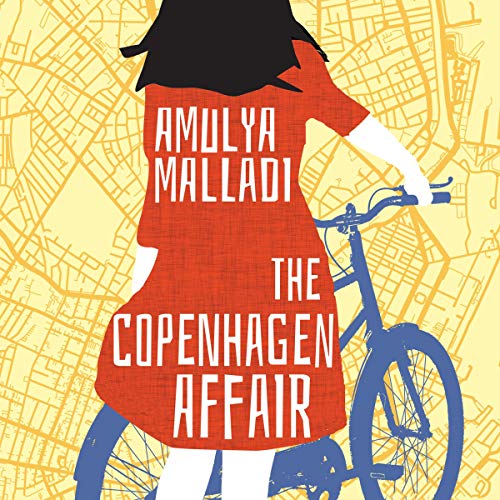 Set in the capital city of the world's happiest country, a comedy of manners about depression, the pressures of marriage, and the possibility of falling in love again, from the bestselling author of A House for Happy Mothers.

Sanya was always the perfect wife, but after a breakdown at her office, it's her husband Harry's turn to step up. His proposal? A temporary move to Copenhagen, Denmark's capital city. He needs to be there to close a business deal and figures the change of scenery will do her good. Soon Sanya goes from hiding under her duvet to hiding in plain sight - a dark-skinned Indian American in a city of blondes.

Within Copenhagen's glamorous high society, one man stands out - not only because of his intriguing scar but because he sees Sanya in a way Harry hasn't for years. Anders Ravn owns the company Harry wants to acquire, and soon Sanya begins to fall for him. As allegations of white-collar crime arise, she learns of Harry's infidelity, and having an affair with Anders seems ever more tempting. Surrounded by old money, smoked fish on dark breads, and way too many bicycles, Sanya slowly moves from breakdown to breakthrough, but where will she end up - and with whom?

This novel was difficult to finish, so I didn’t. Too many snobby people being uninteresting in an apparently lovely city. But ambience sounds more like name-dropping and characters devoid of character.

I absolutely loved this book! Hats off to the author ! Loved the reader for this as well.

Life while recoveringfrom a nervous breakdown

This book takes on the journey of a housewife, motger, employee who one day at work begins to cry and has a nervous breakdown. It goes through the slow changes in recovery. Her self realization that she is a strong women. It shows the realization her husband goes through of her worth. He has the opportunity to go to Copenhagen for his job. He feels it will be a change for her, new places, new friends and they move halfway across the world. I loved the clear description of the architecture, the artwork and the food. she does a beautiful description of detailing stress in life in the modern day. i enjoyed this book.