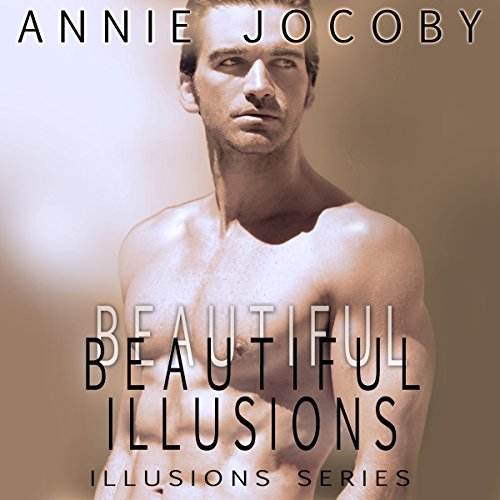 Beautiful Illusions is a Cinderella romance with a twist - and what a twist it is!

Attorney Iris Snowe drinks too much, eats too much, and spends too much. Her sex life has been as spectacularly unsuccessful as her law practice, so she spends her evenings in her tiny apartment watching bad TV, talking to her cat, and rescuing pit bulls.

And her name might be Iris, but it should be Jade. As in jaded, which is how she feels about romance and men in general.

So, when a gorgeous and sexy stranger appears in her law office on Monday morning, after a one-night stand the previous Saturday, she doesn't think that he is coming to see her because he is interested. She just figures that she left something behind in the room and he is enough of a gentleman to deliver it to her.

How wrong she is.

As it turns out, Ryan Gallagher not only looks like a Ralph Lauren model come to life, but is also fabulously wealthy, as he is the son of a prominent billionaire.

In other words, light years out of Iris' league.

And completely into her, in more ways than one.

The story is told by a woman, yet it's narrated by a man. Kinda out of sync.