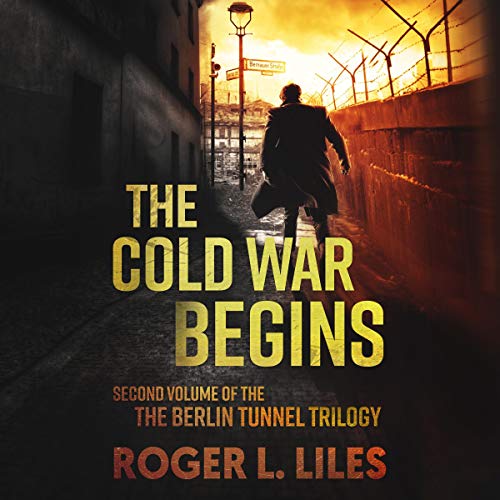 As the Cold War between East and West commences, so does our story. The setting is war-ravaged Berlin in late 1946. From that devastated and divided city, spies from both sides began to move with relative ease throughout occupied Germany. America and its allies need to determine the composition and deployment locations of the military forces; Russia has moved into the very heart of Western Europe.

The Russians work diligently to deny the Western powers knowledge of their intentions and strategies while consolidating their position in their new vassal states in Middle Europe including East Germany; their ultimate goal is to spread communism to the rest of the world.

Recently declassified documents have revealed the true nature and extent of the spy versus spy conflict that occurred from the mid-1940s through the early 1990s between the American CIA and British MI6 on one side and the Russian KGB and GRU (plus eventually the East German Stasi) on the other.

In late 1946, Kurt Altschuler arrives in the divided city of Berlin. His job as an Associate Press News Agency reporter serves as a cover for his true role as a CIA agent. His first assignment is to establish a spy network that covers the Russian-occupied zone of Germany. Two years later, during the Berlin Blockade, he meets Erica Hoffmann, a beautiful East German archeology student. Any relationship between a CIA agent and an East German woman is strictly forbidden; she might be part of a "honey pot sting".

Love could not have found them at a worse moment. Their tempestuous relationship keeps Kurt in Berlin and on the front lines of the Cold War for the next 13 years. The 1953 East German uprising which was violently suppressed by Russian tanks is a seminal event in Kurt and Erica’s stormy love life. The next year, Kurt is tasked with managing the construction of the first Berlin Tunnel; if successfully completed, it would allow the British MI6 and the CIA to monitor communist communication throughout Russian occupied Europe. Ultimately Kurt becomes chief operations officer for CIA station Berlin. In that capacity, he manages the East-West spy-versus-spy interactions in Berlin for years. His experience allows him to direct his subordinates when the Berlin Wall is closed, the Berlin Crisis occurs, and a second tunnel is built into East Berlin. He yearns for action and even risks brief excursions behind the Iron Curtain.

The novel begins and ends with a deadly confrontation between Kurt, a rogue CIA agent, and three Stasi agents in an abandoned warehouse in East Berlin.

What listeners say about The Cold War Begins

I listened to the 1st book and found it to be a gripping read. This 2nd book in the trilogy is even better. Gripping and tense this is an excellent read.
I received a free copy of this audio book at my own request and voluntarily left this honest review.

Liles and Jones bring you into the suspense of deploying networks of spies, clandestine border crossings, of the emotions of a CIA operative in the West raising a family in East Berlin. A uniques perspective that feels true to life. It has prompted me to read volumes one and three, although this volume stands quite well by itself. I was given a free copy of this audiobook, at my request, in exchange for providing an honest review.