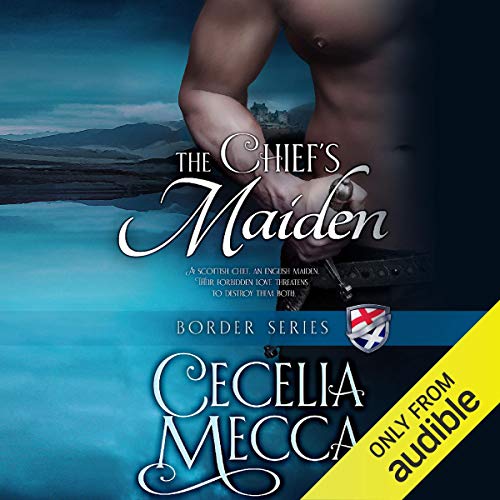 By: Cecelia Mecca
Narrated by: Sienna Frances
Try for £0.00

A Scottish chief. An English maiden. Their forbidden love threatens to destroy them both.

The Scottish king gives Toren Kerr a dangerous but important mission - kill the English Warden. The man's rumored corruption threatens to destroy the fragile peace along the border, and Toren reluctantly agrees to do his duty. When he travels to England to participate in the Tournament of the North as a cover for his mission, the last thing he expects is to find love, but he's immediately drawn to a beautiful, mysterious Englishwoman...only to discover she's the warden's daughter.

Books are Lady Juliette Hallington's escape from her sheltered life. Tales of romance are her favorite, and they've convinced her there's only one reason to marry: love. When her protective father agrees to send her to the tournament with no guardian other than her married best friend, she recognizes her chance to avoid an arranged marriage. But after meeting Toren, Juliette begins to realize real life is more complicated than tales of love - and the very thing she wants most might consume everything she holds dear.

The Chief's Maiden is the third book in a historical romance series set in 13th century Northumbria along the Anglo-Scottish border. If you like strong female heroines, alpha male heroes, and sizzling romance, you'll love the third installment of the Border Series.

What listeners say about The Chief's Maiden

Loved every minute of it. I just couldn't stop listening. These stories ouf this series have been such lovely ones. I got used to the narrator a bit more in this 3rd book of the series. Her voice for the female characters was brilliant but I didn't like the mens voices at all. But I'm pleased that the rest of the books of this series are narrated by Tim Campbell one of my favourite narrators.

This is the 3rd book that I have read and listened to from this author and series. I have been reading this book series in order, as well as listening to the audio books and I have not been disappointed yet. I love reading about each new unique character this author introduced to us. I also love getting to see some of the characters from previous books make appearances. This author has done so well with this series and the narrator does a great job with bringing the characters to life.

5 Star review for the book itself and 5 Stars for Sienna Frances. I love this series and the continuation and overlap of characters. Excellent, do not miss. 😀