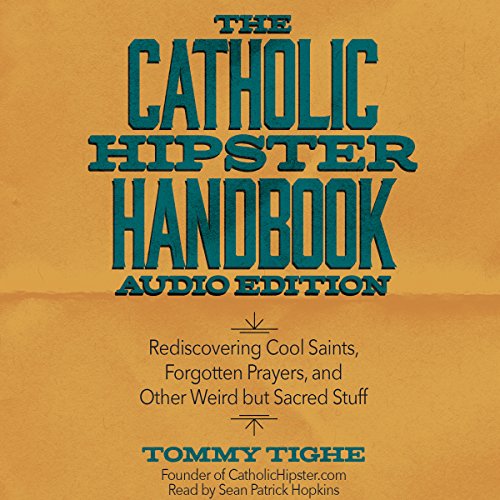 Being a Catholic hipster is all about an attitude - an attitude grounded in being part of a countercultural community of believers dedicated to something bigger than themselves in a world dominated by self-centeredness. It’s about yearning to learn more about the faith by seeking out “Catholic cool” - overlooked saints, forgotten prayers and feast days, and traditional practices long set aside by mainstream believers.

Tighe and a group of hipster friends - including Sarah Vabulas, Anna Mitchell, Fr. Kyle Schnippel, and Lisa M. Hendey - explore the beautiful weirdness of the Catholic Church and invite others along for the journey. They share their love for extraordinary saints, offer up obscure prayers, provide short reflections on something quirky and Catholic they’ve rediscovered, and dare listeners to put their faith into action with some cool and challenging practices they can do on their own.

Discover what’s awesome about: wearing a scapular; applying Laudato Si’ at your local farmer’s market; hanging with priests, monks, and nuns; learning to see Christ in making beer; praying the Rosary everywhere you go; loving the Latin Mass; and making the Liturgy of the Hours a daily part of your routine. The Catholic Hipster Handbook will help listeners realize the only way to go against what’s normal and accepted in the culture is to be authentically Catholic.

What listeners say about The Catholic Hipster Handbook

I loved this book. Really encouraged me in my faith in a new and unexpected way. I definitely recommend!!!!

A must listen. Great narrator easy to follow.
Learned a few things I didn't know. I will listen to it many times again!!!!

Didn’t know I was a “Catholic Hipster” until I listened to this book. It explains SO much and it’s good to know I’m not alone. Loved the stories of the saints, forgotten prayers, personal testimonies... Loved it all!

Great job, Tommy Tighe, and all who contributed!

Really enjoyed this book. The content was fun and the narrator was great with all the different authors. I only wish the chapters were broken up in the index for easier reference and skipping around.