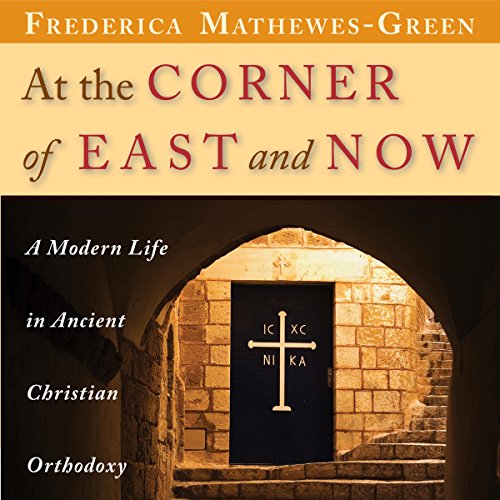 At the Corner of East and Now

At the Corner of East and Now

A remarkable contemporary tour through the oldest of all Christian faiths by one of America's most distinctive religious voices. A popular commentator for National Public Radio's "All Things Considered"; and a columnist for Christianity Today, Frederica Mathewes-Green is a unique figure in contemporary literature.

In an audiobook eagerly awaited by her growing retinue of fans, she brings listeners inside the world's oldest Christian faith, illuminating Eastern Orthodoxy in a manner similar to Kathleen Norris's exploration of Benedictine spirituality. An ex-hippie and former social radical, the author often writes humorously about her unusual road from Woodstock to the altar of an Orthodox church, where she is the pastor's wife. At the Corner of East and Now, juxtaposes the shifting immediacy of everyday life with the changeless grandeur of Orthodox faith.

Weaving her narrative with stories, essays, and reflections on the Church's 1600-year-old liturgy, Frederica Mathewes-Green critiques contemporary culture through the lens of one who seeks to live by the tenets of an ancient spiritual practice. The author offers an engaging and artistic voice - at times humorous and hands-on, serious and intellectually stimulating. Her supple and highly original style makes for an unforgettable listen.