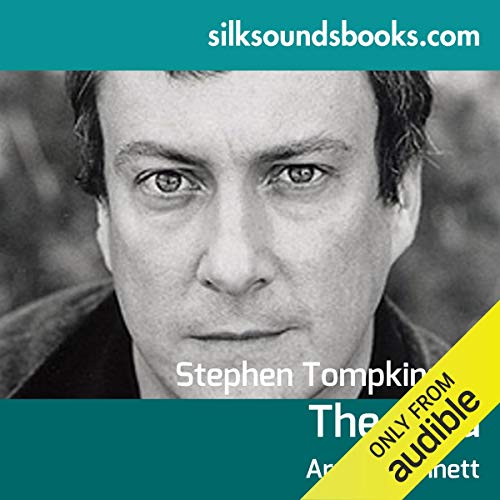 By: Arnold Bennett
Narrated by: Stephen Thompkinson
Try for £0.00

Written in 1911, The Card is the story of Edward Henry (Denry) Machin, who rises from washerwoman's son to the Mayor of Bursley (Burslem in the Potteries town of Stoke-on-Trent) via a mixture of gentle deceit and personal hype.

He is literally a trickster of confidence. His rise to fame is begun at an exclusive ball to which he has got himself invited, where he has the audacity to claim a dance with the glamourous but imposing Countess of Chell. His reputation as a card, or someone we all want to talk about, thus confirmed, Denry continues his irresitable rise through the sticky class system of turn-of-the-century Britain using money, influence and the allure of what we have come to call celebrity.

With the aid of the Countess, who cannot seem to prevent herself helping him, Denry conquers Bursely, The Five Towns and, as the longevity of the book’s reputation testifies, the literary world.

What listeners say about The Card

Bennett’s use of language is a pure pleasure

In this comic tale by Arnold Bennett, Edward Henry (Denry) Machin, gravitates from lowly clerk to the exalted position of Mayor of Bursley, via a series of surprising events. Cleverly adding his name to the guest list at an exclusive ball, Denry succeeds in being the first man to dance with the mysterious and beautiful Countess of Chell. Thereafter, grabbing every available opportunity that comes his way, Denry escalates through the social and financial climate of the day to a position of power neither he, nor his washerwoman mother, could ever have imagined.

I’ve been meaning to get around to Arnold Bennett for years, and happily, this example of one of his later novels in the ‘Five Towns’ series, does not disappoint. The antics of the hero are hilarious, and Bennett’s dry wit and crafty use of language is a pure pleasure.

The author wrote several novels set in the ‘Five Towns’, including the better-known ‘Clayhanger’ and ‘Anna of the Five Towns’. The real names of the towns are of course different to their counterparts in Bennett’s world – Bursley for instance, is actually Burslem – and the sixth town was omitted as Five Towns sounded more harmonious to Mr Bennett than Six Towns. (The real six towns - Tunstall, Burslem, Hanley, Stoke, Fenton and Longton – were amalgamated as Stoke-on-Trent in 1910.)

The audiobook is read by County Durham-born actor Stephen Tompkinson, who brings the characters to life in a highly entertaining and comic fashion, making this an absolute delight from start to finish.

This is a lovely, lighthearted story, which is well written and fun. It is ideal listening to cheer yourself up in the middle of the Coronavirus lockdown.

As a Potteries local I really enjoyed listening to this book. Bennett could really give his characters a personality, and the storyline is funny yet poignant. I also enjoyed trying to identify each of the places.
The narration is also excellent, bringing a real warmth and feeling.
I now need to seek out The Regent, which is the sequel, as Denry has so much more to offer as he continues his life in Bursley.