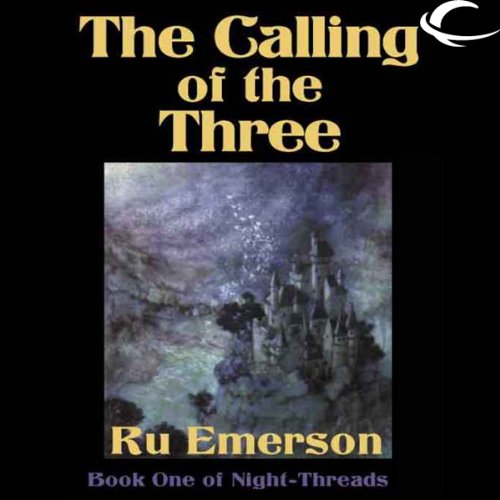 The Calling of the Three

The world of Zelharri, where magic reigns supreme, begins a chaotic existence after the death of the Duke. To usurp the throne and prevent the Duke's son, Aletto, from taking his rightful place, the Duke's bother, Jadek, marries his widow and exercises enormous power of Zelharri. Fearing that all the good in Zelharri will be unraveled, Aletto and his sister, Lialla, summon allies to aid them.

In this bewitching fantasy novel, three Californians are recruited into helping Aletto assume his royal position as Duke of Zelharri. The workaholic lawyer Jennifer; her irresponsible sister, Robyn; and Robyn's flippant son, Chris, must harness the mighty power of the Night-Threads to combat the sinister Jadek. The only problem is that they have no faith in this awesome power.

What listeners say about The Calling of the Three

Would you consider the audio edition of The Calling of the Three to be better than the print version?

Yes it gave my mind a fuller vision over the printed version.

The actors chouse of voices was much better then my mind when I read it. I wish it had been recorded earlier.

No, but love the growth of the characters.