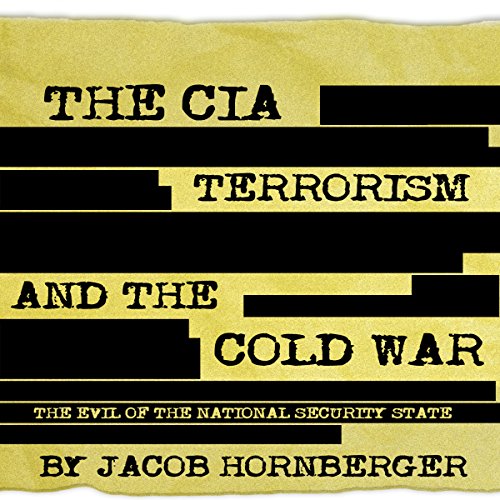 The CIA, Terrorism, and the Cold War

The two most important words in the lives of the American people for the past 60 years have been national security. The term has transformed American society for the worse. It has warped the morals and values of the American people. It has stultified conscience. It has altered the constitutional order. It has produced a democratically elected government that wields totalitarian powers.

In this book, Future of Freedom Foundation president Jacob Hornberger explores the ascendency of national security and its dangerous distortions of the American body politic.

What listeners say about The CIA, Terrorism, and the Cold War

The book was well written and well narrated. That being said it wasn't my copy of tea. I gave it all 5's because for what it is it is great. One of The fellows I work with loves this stuff and thoroughly enjoyed talking with me about it. It is very interesting and reminds Me of the history channel documentaries and such. I received this audiobook from the author narrator or publisher for free via audiobookboom in exchange for an unbiased review

Quick book on how the CIA has us hoodwinked

Hornberger is the founder and president of The Future of Freedom Foundation.. This book is a passionate display of how Hornberger believes JFK was killed by the CIA. Where I wish he had more quotes or references to other books he does have some compelling arguments. He points out that did we really think that Cuba would invade the USA. Would a country with such limited resources dare to take on a super power? Another point Hornberger makes is how the CIA in order to protect America does lots of things that we object to other counties doing, like kidnap, torture and/or murder.

The narration was great. The subject matter is complex and guides the reader into a historical path of our past.

The entire book painted a conspiracy like feel into our historical past.