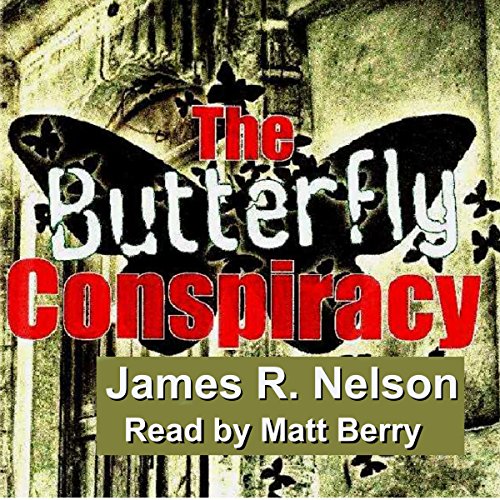 Stephen Moorehouse, having just graduated from a very exclusive prep school, is very excited to be traveling to his uncle's mansion, perched high on an isolated Lake Superior shore, deep in the woods of northern Michigan. Stephen is hoping his famous uncle, known for directing spooky horror movies, will have many Hollywood starlets visiting his estate for the summer. Stephen's long train journey from New York City to the Upper Peninsula of Michigan takes a dangerous turn when it appears he is being followed by a mobster in a wrinkled suit. Once he arrives at his uncle's place, Stephen attempts to find out who may have followed him and why. His detective work is interrupted when a brutal murder takes place and he becomes the main suspect. Stephen needs the help of his uncle's beautiful assistant to help him understand a string of perplexing clues as they navigate the spooky corridors of his uncle's mansion and the dangerous trails weaving through the deep northern Michigan woods.

The serenity of the chateaux had been shattered.

Steven, recently graduated, travels by train to stay with his Uncle Philip, sketch pad ready, and filled with the excitement of freedom. But sadness, too. His girlfriend had just dumped him to travel abroad with her new love. On the train he makes the acquaintance of a fellow traveller, Dominic, who is convinced that Steven is being followed. And he is right.

James Nelson writes in a deliciously detailed slow paced style which could annoy the action every second reader but rea!ly appeals to this one. Slow, but never dull, the book introduces us to the characters living at Cliffside Manor - more a mansion than a house - and it's estate of woods and beach front, built by Uncle Philip with the proceeds of his very successful Hollywood horror, some of the inhabitants of the small town close by, and to Pauli, who all his life had dreamed of becoming a made man. A delightful murder mystery thriller, well performed by narrator, Mathew Berry.

The Butterfly Conspiracy is a very enjoyable read, and recommended.

When Steven’s girlfriend Jill breaks up with him right before their trip across Europe he instead goes to his uncles house. His uncle is a Hollywood director who directs scary B movies and is really good at it. So Steven is hoping to meet Hollywood stars and none will be have lots of distractions and nonewill be Hollywood starsThis book is so good! It is set in 1975 the character is a very likable in the book just seem to rush by it was over before I knew it. I really really like this book. Can’t wait to read the next one!

Not what I normally read

But now have to say I’m hooked. I don’t read a whole lot of mysteries but will definitely be reading the rest of this series. Author was great in not only keeping you interested but does really well keeping multiple plots throughout the story straight and winds up all loose ends so your not left wondering what happened in any of the plots. Narrator also does very well with different characters male and female and easy to listen to. I was given this audiobook for free in exchange for voluntary honest review .

I enjoyed the narration and story. I think the title could have been something else. The main story evolved into another story which was kind of like Clue. I guessed the killer incorrectly. It was a good mystery. The narrator did a great job on all the characters.

I thought this was a great crime mystery. Narration was great, characters were interesting, great story plot. I thought it was a little predictable, but I still enjoyed it and wanted to listen to see if I was right.

Stephen Moorehouse travels to Michigan to spend the summer with his uncle, but someone is following him. While there, he is suspected of a murder and must work with his uncle, and his uncle's assistant to unravel the murder mystery as well as why he is being followed.

Firstly, i absolutely love the title. It drew me in straight away! Second, the way that the story is built up and slowly unraveled makes you desperate to hear more. Thirdly, the scenes described were mesmerising, i felt like i was actually there! All of this is on top of the murder mystery element, what an awesome package!

Matt narrated superbly, his tonality and variations for the characters were amazing.

Overall, an intriguing and beautiful whodunnit that will keep you on the edge of your seat!

this book was given to me at my request for review