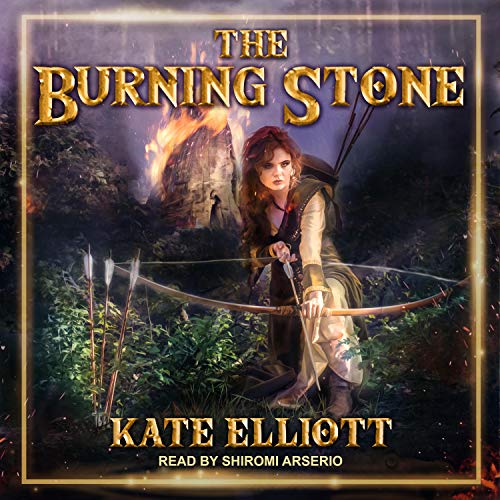 By: Kate Elliott
Narrated by: Shiromi Arserio
Try for £0.00

It is a crucial time in the war-torn kingdoms of Wendar and Varre, a moment when even one wrong decision can tilt the balance of events into total disaster. For Sanglant - King Henry's son - and Liath - the woman he loves - the offer of both a haven from their enemies and the chance for Liath to study the ancient lore with those who claim her as their own seems like the answer they have been seeking. But no place can truly be safe for them. Both their lives and their love will be at risk when they are forced to choose which pathway each will follow - lured by the equally strong demands of politics, forbidden knowledge, and family.

Liath, born with a dangerous power beyond her control, is torn between her longing for Sanglant and the child they are about to have and the call of sorcery, which can open the way into the land of the Aoi, the Lost Ones. And even as Liath struggles with magic's seductive spell, Sanglant's Aoi mother returns to the mortal world, seeking the son she abandoned as a babe.

As the fates of kingdoms shift with the changing fortunes of those caught up in the dangers of both civil war and continuing attacks by the nonhuman Eika and the Quman invaders, time is running out for Liath, Sanglant, King Henry, and the people of Wendar and Varre.

What listeners say about The Burning Stone