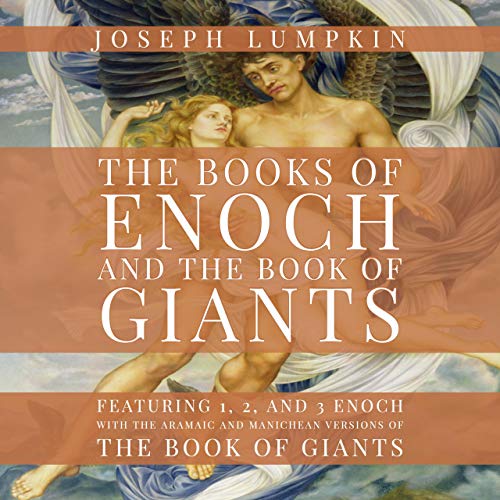 The Books of Enoch and The Book of Giants

One of the many discoveries from the caves of Qumran is a scroll given the name “The Book of Giants.” It is thought to have been based on The Book of Enoch, a pseudepigraphical Jewish work from the third century BCE, which was based on Genesis 6:1-4.

Indeed, there has been a theory put forth that the Book of Giants was actually part of the Book of Enoch at one time. The text relates how some giants, named Ohya, Hahya and Mahway, sons of the fallen angels, were compelled to dream. In these dreams, they foresaw the Biblical Deluge, and their own demise. There is dialogue concerning the futility of fighting God or his angels, even though they could conquer any human alive. Seeing their coming fate, they seek to enlist the help of Enoch. The mention of Enoch and the storyline referencing the patriarch places The Book of Giants firmly in the list of “Enochian” texts, along with First Enoch, Second Enoch, and Third Enoch, also known as The Ethiopic Book of Enoch, The Slavonic Secrets of Enoch, and The Hebrew Book of Enoch, respectively.

This volume presents the complete The Book of Giants, placed back into its original context within The First Book of Enoch, along with notes and commentary. The volume also contains the complete books of Second and Third Enoch with commentary. Together, these four books of Giants, First Enoch, Second Enoch, and Third Enoch, make up the majority of the Enochian library.