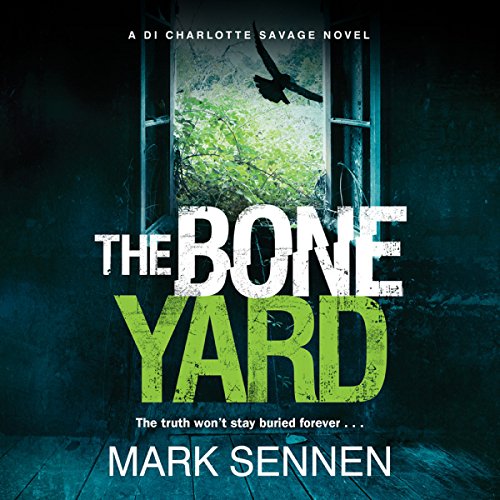 By: Mark Sennen
Narrated by: Stevie Lacey
Try for £0.00

Malcolm Kendwick is charming, handsome - and a suspected serial killer.

When chillingly charismatic Kendwick arrives back in Devon after being deported from the US, DI Charlotte Savage is tasked with keeping a close eye on him. There wasn't enough evidence to convict Kendwick for the crimes committed in America, but Charlotte is determined to find out the truth.

Days later, the partially clothed body of a woman is discovered out on the moor. All eyes are on Kendwick - but he has an alibi. Then human bones are found amongst the rusty remains of old wrecked cars at an isolated dumping ground, and a major murder inquiry is launched.

But when the killer gets too close to home, Charlotte is forced to change tactics. Is there a limit to how far she'll go? Especially to find out what Kendwick is hiding?

A terrifying crime thriller with a gripping twist, perfect for fans of Mark Billingham and Tim Weaver.

What listeners say about The Boneyard

Another book in the series, not sure if I enjoyed this one quite so much! I wonder where the main character will end up as her behaviour is getting more and more extreme and considering she's a police detective inspector I'm not sure how believable it is (maybe I am too naive?)
Good narration as usual although some of the 'villains' are starting to sound the same!
Would get the next book but hoping that she puts in some new ideas rather than rehashing old ones

A book of two halves

For me this was potentially a good story but half way through - when the American character is introduced then credibility takes a nosedive with the main character acting totally against training and common sense. Shame as otherwise could have been a good listen. Narrator very good accents and characterisation so highly listenable.

Amazing how these get better

Took one day to listen too, great character and a brilliant well told story x