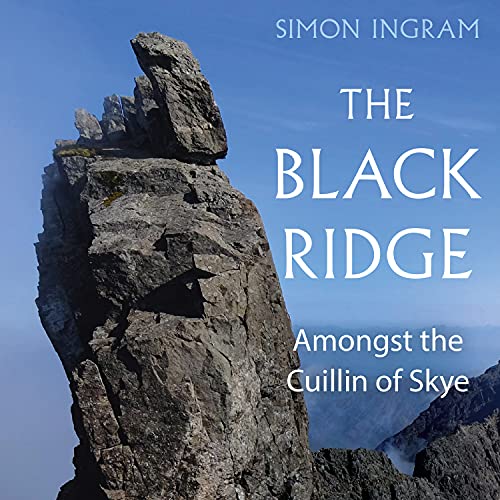 By: Simon Ingram
Narrated by: Richard Burnip
Try for £0.00

Rising a kilometre out of the storm-scoured waters around Scotland’s Isle of Skye is a dark battlement of pinnacles and ridgelines: the Cuillin.

Plagued by ferocious weather and built from rock that tears skin and confounds compasses, a crossing of the Cuillin is the toughest mountaineering expedition in the British Isles. But the traverse is only part of its lure. Hewn from the innards of an ancient volcano, this mountain range stands like a crown on an island drenched in intrigue. While 19th-century climbers flocked to the Alps, the ridge lay untrodden and unyielding. When a generation of mountaineers did come, they found a remarkable prize: the last peaks of Britain to be climbed - peaks that would be named after those who climbed them. Along the way, many others, from artists and poets to mystics and wanderers, have been lured by the Cuillin’s haunting beauty and magic. Those who have been seduced by the deadly magic of these mountains attest to the complexity of humans’ relationship with the intrigue of our wildest, most dangerous places.

The Black Ridge is a journey through the history and into the heights of the Cuillin of Skye - from the ridge’s violent birth to the tales of its pioneers, its thrills, its myths and its monsters. From a night spent in a cave beneath its highest peak to the ascent of its most infamous pinnacle, this is an adventure on foot through all seasons across the most mesmerising mountain range in Britain.

What listeners say about The Black Ridge

Simon creates an raw and inspiring picture of the Cuillin and Skye as a whole, describing individual rocks and whole mountains in a way that makes them instantly recognisable in my mind and to my eye. I guide regularly in the Cuillin and have found out more in a week by listening to this than I discovered in the past few years. I loved listening to his descriptions of the thoughts, feelings and emotions that are created during client and guide relationship and it confirms how important it is to be empathetic and supportive during my time on the mountain with my clients. He captures the things I feel when I spend time on the ridge, in the Corries or on the walls that I could never put into words myself. Well done Simon. There’s so much info patios compiled here, I’ll be revisiting it. And perhaps need to visit a grave or two too.