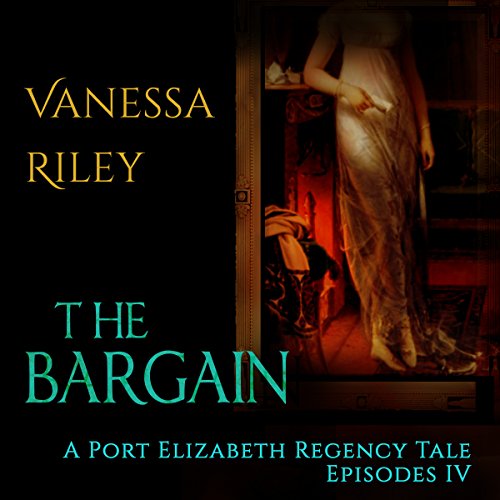 Time is running out for Port Elizabeth. A missing chief and his daughter, tensions among frightened colonists, and the trembling of a difficult labor threaten to break the fragile bonds of its survival. Precious Jewell will do what is right to protect those she cares for, even for the man she won't admit to needing.

For Gareth Conroy, death doesn't matter anymore. He purposes that his spilt blood will bring the salvation of the colony, but will he realize too late that no single man of flesh and blood can bring redemption?

Will the burgeoning hope of two stubborn, wounded souls fray or smolder in this exciting conclusion of The Bargain, Season I?

Coming to London has given Precious Jewell a taste of freedom, and she will do anything, bear anything, to keep it. Defying her master is at the top of her mind, and she won't let his unnerving charm sway her. Yet, will her restored courage lead her to forsake a debt owed to the grave and a child who is as dear to her as her own flesh?

Gareth Conroy, the third Baron Welling, can neither abandon his upcoming duty to lead the fledgling colony of Port Elizabeth, South Africa nor find the strength to be a good father to his heir. Every look at the boy reminds him of the loss of his wife. Guilt over her death plagues his sleep, particularly when he returns to London. Perhaps the spirit and fine eyes of her lady's maid, Precious Jewell, might offer the beleaguered baron a new reason to dream.

The Bargain is a serialized story or soap opera told in episodes. Each episode averages from three to eight chapters, about 15,000 to 30,000 words. Each episode resolves one issue. Emotional cliffhangers may be offered, but the plot, the action of the episode, will be complete in resolving the main issue.