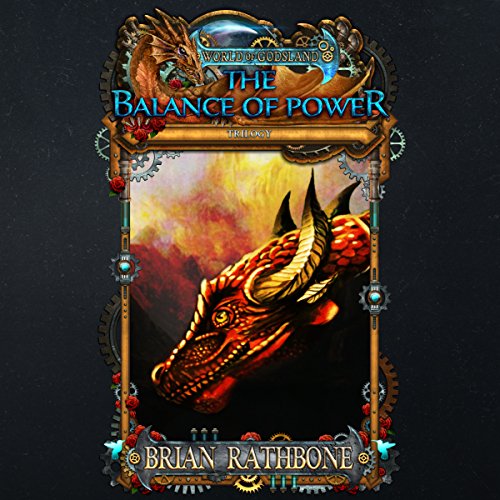 The Balance of Power

The Balance of Power trilogy (Regent, Feral, Regal) is the second trilogy in the World of Godsland fantasy series.

In the years since the end of The Herald War, the world has become complacent despite Catrin Volker's warnings. When the darkness of her visions comes to pass, no one is prepared, and the fate of humanity will rest in her hands.

What listeners say about The Balance of Power

Godsland just gets better with each book. His characters are deep and full of growth and there's a surprise around every corner. Did i mention DRAGONS? Not since Pern has there been such a complete world built around dragons, and Rathbone nails it! More Please!

While I think the overall story could be interesting, they easy it was told made it painful to listen to. I can't count the number of times she wielded the most power she could contain and how she war so tired with no energy left to then get up and basically wield even more power and then be even more tired. I think the author was trying to convey a powerful struggle, but do to the repetitive description of house massive the struggle it fell flat for me.
I tried to finish it three times, but just couldn't make myself listen anymore.
I enjoyed the first book, but it seemed the author had a hard time describing epic battles. as the power grew in the struggles.