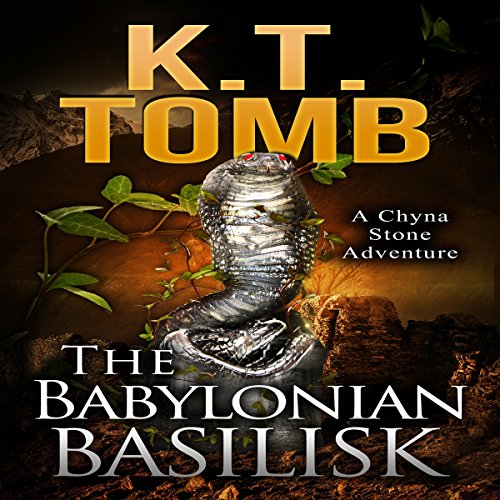 A kidnapping, priceless relics, and the search of a lifetime...just another day for Chyna Stone and her Found History team.

With a string of lucrative assignments coming in from the Hagia Sofia Museum, Chyna Stone and her Found History are keeping busy. That is, until Chyna receives an unexpected call from her friend, Ilea Le Gal, the Director of UNESCO. Lana Ambrose and the other scientist working at an important Iraqi dig site have mysteriously disappeared.

Chyna immediately gathers the rest of her team and rushes to their aid, only to discover that Lana and her team had been kidnapped for reasons that go far beyond mere ransom.

Indeed, Chyna soon discovers that an illegal deal to sell Babylonian relics - a deal that had been disrupted by the Persian Gulf War - has apparently been reinstated. Now the people involved plan to steal the very artifacts that the UNESCO team have discovered in an excavated temple - and kill anyone who gets in their way, including everyone on the Found History team.

Chyna quickly learns that she must fight fire with fire - and strike at the heart of the enemy...just like a deadly basilisk.

What listeners say about The Babylonian Basilisk