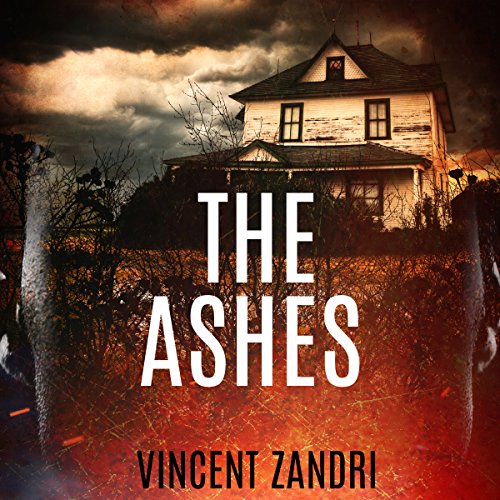 By: Vincent Zandri
Narrated by: Evie Cameron
Try for £0.00

Horror in the dark woods

It's been eight years since artist and single mom Rebecca Underhill was abducted and left to die in an old broken down house located in the middle of the dark woods. But even if her abductor, Joseph William Whalen, has since been killed, another, more insidious evil is once more out to get her in the form of the Skinner. The son of an abusive butcher, Skinner intends on finishing the job Whalen started but failed at.

How is he going to get to Rebecca?

He's going to do it through her children, by luring them into the cornfield behind the old farmhouse they live in.

Horror in the depths

Now, armed with the knowledge that the Skinner has escaped incarceration at a downstate facility for the criminally insane, Rebecca must face the most horrifying challenge of her adult life: rescuing the children not from a house in the woods, but from the abandoned tunnels that run underneath her property.

But the Skinner is watching Rebecca's every move.

The horrifying question is, will she live long enough to save the children?

What listeners say about The Ashes

I enjoyed listening to Evie Cameron, who I thought was perfect for this book,

I so loved the first book of this trilogy and was not disappointed with the second book.

Rebecca is being stalked by a sadistic killer , who stalked her eight years ago. You will find suspense, blood , horror , Strong characters and a very strong heroine. Rebecca finds herself again in a nightmare
Highly recommend

"It's your corn, your memories."

Rebecca Underhill still lives in the old remote amily house from which she and her sister were abducted eight years before. Her twin is now dead, as is their torturer, and, too, her husband Michael. She and close friend, Robyn, bring up their two children, a boy and girl, together. All is well until the children start to claim to see a boogieman standing in the cornfield behind the old house.

Although the second in a trilogy, it is completely unnecessary to be familiar with book one. And is a standalone, any past information necessary being skilfully woven into the early stages of the book. It is a very creepy story, far more dependent on growing fear rather than visual blood and gore, though there is some of the latter. The narrator, Evie Cameron, has a pleasant, easy to hear voice and she reads with a steady passion but without over dramatisation, which increase the creepiness overall. Much of the book is presented in the first person, from Rebecca's point of view, and the impression is one of a woman still damaged by the past events but trying, understandably, to bury them. And when past fears burst into the present, she reacts with anger, not submission.

Mr.Zandri is a master at summoning up atmosphere with few words, leaving his readers to use imagination. And with Ms.Cameron's narration, the book becomes almost hypnotic. I was gifted The Ashes by the rights holder, via Audiobook Boom. It is not my usual genre of reading but, although not really tempted to now read book one, I am very much looking forward to the final story of the Rebecca Underhill trilogy, especially if it, once again, read by this narrator.

The Ashes is Book 2 in The Rebecca Underhill Trilogy. There was enough background given on the events of Book 1 that I was able to dive in with no problem. Rebecca has survived two kidnappings and is now being stalked by Skinner, a Hannibal Lector-like character.

This was a great thriller, full of suspense and just so utterly creepy. There was also some gore, so it may not be for the squeamish. I thought that the narrator did a good job with the pacing and character voices. Some of Rebecca's actions didn't quite make sense though. When the children go missing, Rebecca and Robin have a cigarette before looking for them? Why aren't the police immediately brought in when her son tells her that the man he's seen is the same escaped killer on her computer screen? What's with her dead sister and ex-husband's voices in her head? And why does she still live in that house with all those horrible memories? Even with those niggling questions, I still loved The Ashes and would recommend it.

When I began this audio book, I was unaware that I was listening book 2 of a trilogy (I am silly, I know) so I was a bit confused throughout the beginning. Though I didn't start the trilogy at the beginning, ultimately I was able to understand what as going on and found the story to be thrilling and hard to put down! I am now very interested in going back to hear the first one and then on to the third! I would recommend this book to anyone who enjoys a strong female protagonist and a good mystery/thriller. Zandri weaves an enthralling tale while Evie Cameron delivers a fantastic voice performance. 10/10

What made the experience of listening to The Ashes the most enjoyable?

This was a creepy story that kept me listening from start to finish. It is a good story with a good narration.

Evie Cameron was an excellent narrator. She was very easy to listen to.

The story was easy to follow and flowed along nicely. Even though this is the second book in the trilogy and I hadn't listened to the first one, I didn't feel as though I was at a loss as to what led up to this point. I was voluntarily provided this free review copy audiobook by the author, narrator, or publisher.

The Ashes
The Rebecca Underhill Trilogy, Book 2
By: Vincent Zandri
Narrated by: Evie Cameron
This is an audible book I requested and the review is voluntary. If you haven't read the first book you will probably be able to figure it out soon by all the clues and conversations. This one is creepy, suspenseful, and haunting. A strong willed woman is the main character.
I can't say I liked this narrator for this book. I don't think they matched. It was distracting at times.

Another book I could not put down!It is heart wrenching and very disturbing.It is gorey and beyond comprehension.It takes you into the Skinners world and you fight right along with Rebecka and her friends and family to get this new threat out of their lives.Evie Cameron was a very good narrator,though I felt the first narrator did 'creepy' a bit better.I was given this free review copy audiobook at my request and have voluntarily left this review.'

Oh my God, this book us is terrifying, graphic spellbinding till the end, you know not who is going to survive this nightmare. It was one of the best I’ve ever read it actually scared me so bad. A big thank you to the author, and the narrator, what a big success. Would I recommend this book oh yes.

Stalker in the Cornfield

A stalker that likes to filet his victims when they're still alive is watching a widow and her young son. He also likes to wear the human skin masks he made from his victims. This is what I would call a creepy tearjerker. This story is more solemn than the snappy, wise cracking charscters that I've come to expect from Zandri. I was gifted this from the author.

This is book 2 is the nightmare ever going to end for Rebecca. When Abducted the job was not finished Skinner plans on doing it. This time Rebecca has other lives depending on her. She also knows the fear, which she lives with has come real once again. It is a chilling tale, with excellent narration and story by the author. Given ARC for my voluntary review and my honest opinion

An entertaining and enjoyable story. I would definitely listen to the series the order. I was a little lost in the beginning, but the story gives you enough details from the first book to fill in the blanks fairly quickly. The story pulls you in from the start and keeps your attention until the end.

The story is full of suspense and creepiness that builds continuously keeping you on edge never knowing what to expect. The really intense action, violence and gore happen farther into the story, more towards the last quarter of the book.

Rebecca is a survivor. She has been through more than most could handle. She's a strong, independent woman but then there were also several things/decisions that made Rebecca come across as not the sharpest crayon in the box and one of those characters that’s TSTL at times. So one minute your rooting for her and the next your thinking. Seriously? Really? Why would you do that?

Skinner is one of those Villains/Psycho's that will stick with you and have you thinking about long after the story is over.

It will definitely make you think twice before running into a cornfield. You never know what could be in there. It's a great hiding place.

This is not the first time I have listened to a book Evie Cameron has narrated. She does a good job with the narration. Her voice fit the main character and sounded age appropriate. There isn't a lot of difference between her character voices in this book. Still her voice is easy to listen to for long periods of time and the narration is clearly spoken with a nice even pace. A bit more difference in the character voices, especially Skinner's and the more intense moments of the story would have been nice though.

be sure to listen to the first books

I was gifted this audio ARC for a honest and unbiased review from the author/narrator
Zandri weaves a lot of suspense and very creepy tale of epic proportions. Evie Cameron delivers a fantastic voice performance.