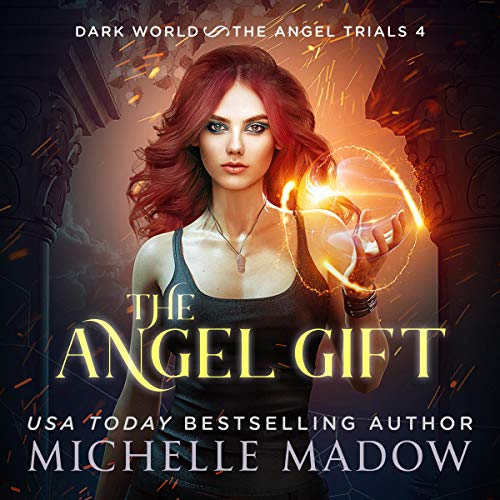 Everyone is separated, and no one is safe.

Raven Danvers didn’t think her life could get any crazier since the night a demon attacked her in an alley and abducted her mom.

Because now that same demon has abducted her too. He’s thrown her into a secret bunker with a group of humans who have unique abilities that make them “gifted.” They don’t know what the demons want with them, and the bunker is impossible to escape.

Her only hope is Noah - the wolf shifter she’s imprinted upon. She just needs to let him know where she is. But she can’t do it alone. Her only way to get a message to him is to team up with the other humans by making use of their unique gifts.

But they have to do it fast. Because their time in the bunker is temporary. The demons are prepping them to go somewhere else...somewhere far worse than where they are now.

They don’t know what this place is.

They just know they really, really don’t want to find out.

Get ready for a magical, twist-filled ride in the fourth installment of The Angel Trials series, a fast-paced urban fantasy adventure that will leave you on the edge of your seat wanting more!

What listeners say about The Angel Gift

I like the story so far it's been enough to keep me interested but I litterally cringe everyone I have to use a credit on this series because they are sooo short, I'm not sure that all these credits I've used is worth it

Narrator is great. Amazing characters. Story moves along at a great pace. Romance, action, suspense and adventure. This series has it all.

I decent story that continues were the vampire wish series left off at when Annika was becoming an Earth Angel after entering Avalon. I personally like the vampire series much more....