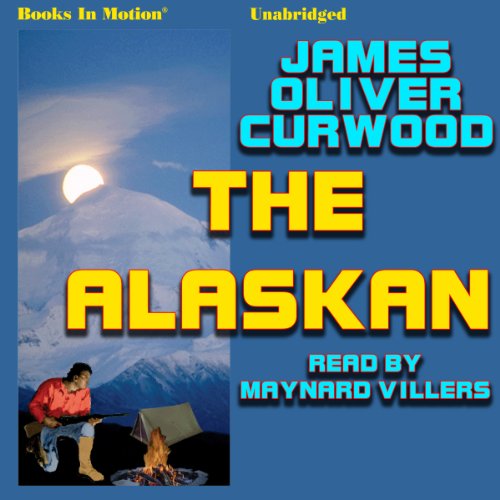 Here is a story of Alaska, circa 1920. Mary Standish, a hauntingly beautiful, mysterious young woman and Alan Holt, a native of the Tundra, meet aboard the Nome as it steams for Alaska via the Inside Passage. Mary was running from someone or something, back in Seattle where she came aboard. She reveals a part of her secret to Alan and then commits a stunning act that haunts Alan even as he returns to the Tundra. This act bears tremendous consequences for Alan and the entire territory of Alaska which culminates in a blazing gun battle....

What listeners say about The Alaskan

Let down by poor sound and lifeless narrator.

I liked the book but the way it was recorded made it painful to listen. The sound was absolutely butchered. Sounded as if recorded in a well. Seriously, I would've done a better job on my laptop. The narrator's voice was excruciatingly boring. I've never been so unsatisfied with an audiobook's performance.

THE ALASKAN revisited after many years

I first read James Oliver Curwood’s books many years ago while I was still in college. Although the writing style was typical of early 1900’s popular fiction, titles such as THE RIVER’S END, THE FLAMING FOREST, and THE VALLEY OF SILENT MEN, with their stories of romance and adventure set in the Yukon and the Canadian wilderness, had a great deal of appeal for me.

Recently, I’ve been revisiting some of my favorite Curwood books via Audible and have been enjoying them as much as I did years ago. One of my particular favorites has been THE ALASKAN, originally published in 1923. Like most of Curwood’s books, it features a hero who is a rugged man of action and who also has an honorable and chivalric side, an independent, feisty heroine with a mysterious past, and a fight against adversity, both from nature and from man.

Rather than Canada, the story is set in “modern day” Alaska while it was still a U.S. Territory. (Alaska would not become a state until 1959.) The plot deals with a topic dear to Curwood’s heart: environmentalism. Even in the early 1920s, rich and powerful “robber barons,” aided by bought-and-paid for Washington politicians, were exploiting Alaska’s natural resources for their own greedy ends, with little regard for preserving the natural environment and the indigenous cultures.

In telling his story, Curwood works in some interesting Alaskan historical anecdotes, including the attempt to create a large-scale reindeer meat industry as competition for the beef industry. At one point, one of the characters mentions the possibility of the U.S. President visiting Alaska. (President Warren G. Harding did indeed visit Alaska in June 1923.)

The story’s gripping and action-packed finale takes place on Alaska’s northern tundra, where the hero and heroine must use all their courage and ingenuity to fend off a large and brutal pack of thugs whom the “robber baron” villain has sent against them. Can they hold out until help arrives? You’ll have to listen to the book to find out.

I almost didn’t purchase this title because of a negative review about the quality of the spoken narration. The reviewer must have been thinking of another version since I found Maynard Villers’ narration to be quite good. As part of his performance, he provided each of the characters with their own unique “voice,” and also did a creditable job of providing some of the characters with accents appropriate to their backgrounds.

If you enjoy books from the early 1900s featuring romance and adventure, check out the works of James Oliver Curwood.