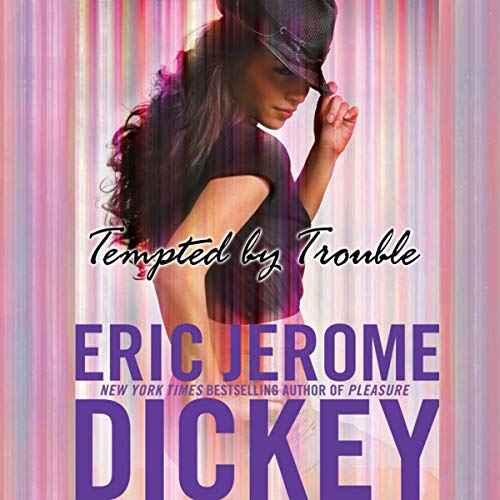 By: Eric Jerome Dickey
Narrated by: Dion Graham
Try for £0.00

Dmytryk Knight was a respectable man who had followed the blueprints for the American Dream: go to college, find the girl of your dreams, get married, buy a house on the affluent side of Detroit. He’d done it all by the book. But when a crippling recession annihilates the auto industry, Dmytryk and his wife, Cora, suddenly find themselves without jobs and in foreclosure. And after two years of taking any job they can find and trying to live honestly, they realize that integrity just doesn’t pay the bills.

Given the right circumstances, even the best of us can turn bad.

When a powerful and ruthless criminal named Eddie Coyle arrives from Rome and gives Dmytryk an opportunity to make fast money, Cora urges him to man up. All he has to do is join Eddie Coyle’s crew and rob some banks: two minutes, in and out, nobody gets hurt. Torn between desperation and his values, but unable to resist the promise of instant cash, Dmytryk gives in - but no sooner does he enter a life of crime than Cora vanishes.

Now, more determined than ever to get his life back on track, Dmytryk is only one bank job away from having enough money to leave Eddie Coyle and find Cora. But when the job goes dangerously wrong, Dmytryk is forced to test his moral compass in ways he never imagined and realizes that we can plan all we want, but sometimes fate has a different agenda....

What listeners say about Tempted by Trouble

I have all of EJD's books except this one so decided to buy it via audio book. I have really enjoyed listening to this on the way to and from work. Dion the narrator has a voice that captures the characters in this book and sets the scenes really well and the end wasn't what I expected.

Very happy with my purchase.

I just don't know what to say other than "You did it again"......
This book drew me in and I could not stop until the end. Mr. Dickey you nailed it again and I don't want to forget the narrator Dion Graham who voice is sexy as hell. Between the excellent writing and all some narration I really enjoyed this book.
Audible-I love the way you bring books to life.

I used to be an avid fan of Mr. Dickey's, but his last few books didn't grab me. I had given up, then decided to give this one a try. I was completely drawn in by the narrator's reading style, and I loved the way the characters evolved. The storyline wasn't formulaic, which was what was disappointed me about his previous works. Kept my rapt attention until the unexpected ending...great listen!

If you could sum up Tempted by Trouble in three words, what would they be?

This was Eric Jerome Dickey at his best. This story was so creative. I loved all the action, and the ending...OMG so unexpected. BUT GOOD.

My favorite scene was when Dominque tired to make amends with the women from the car accident.

If you could rename Tempted by Trouble, what would you call it?

Well written and extremely satisfying to the end! Written from a fresh perspective with a great ending. I was truly surprised at how good this novel was.

This is a different Dickey, than I am familiar. I have a high regard for EJD as an author. His work continues to evolve. I will read everything he writes. This particular selection held my attention to the end. This selection is interesting, intriguing but not so exciting. The characters are well thought out and charismatic. The narrator does an excellent job distinguishing the individuals. Ending was good! I would definitely suggest putting this one in the cart.

Slow but Worth The Wait

I struggled through this book at first, it started kind of slow. however, it really picks up and it grabs you and delivers. a little confusing but replay what you need to when you need to because it all comes together well.

He was definitely a sucker for love! I would have been left da bitch! Bye Felicia!

Excellent! What a spin! Surprised me!

If you've listened to the Gideon books you'll understand why the narrator makes the book worth listening to!

This story was amazing and very different for EJD. It started out kind of slow, but once the pace picked up, the characters really took you to a totally different place and time.

Overall, I really enjoyed this book.