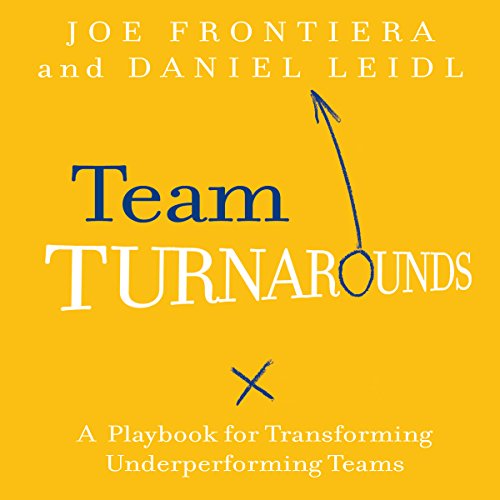 How any manager can turn a struggling team into business champs.

In today's uncertain economic environment, teams are asked to do more with less. With resources stretched thin, turning around a struggling team has never been harder, and managers must work to identify and maximize whatever potential strengths a team already has. As sports fans already know, behind every great underdog story is a leader who roots out the competitive advantage that will propel the team to victory.

In Team Turnarounds, Joe Frontiera and Dan Leidl share how this fine art of the turnaround really works, from how to inspire the team to the actual tools for change. Through interviews with team managers and turnaround masters in the NFL, MLB, and the NCAA as well as managers at top global firms who have successfully reversed their fortunes, they show the six steps every team takes to make a 180 in their performance.

No matter how bad the circumstances, how awful the performance, or how far shares have plummeted, Team Turnarounds shows how any organization can make the climb back up to the top.

What listeners say about Team Turnarounds